DPRK’s Dean of the Diplomatic Corps in Vienna

A Japanese web resource reports the return to Vienna of DPRK Ambassador to Austria, Kim Kwang-sop, following a three-month holiday.  Ambassador Kim is currently the Dean of the Diplomatic Corps in Vienna: February 2010 will mark the seventeenth (17th) year of Kim Kwang-sop representing the DPRK in Austria.  The most obvious perk, according to this report, is that he is always seated next to Austrian President Dr. Heinz Fischer at the semi-annual receptions the Austrian President hosts for Vienna-based diplomats.  The report further speculates (and Ambassador Kim demurred) that Kim Kwang-sop is planning to retire to the central European country.

For Pyongyang watchers, Ambassador Kim may have another distinction.  He is married to Kim Il-sung’s oldest child with second wife Kim Song-ae, daughter Kim Kyong-chin.  He started traveling to Central Europe in the late 1970’s and is a former Professor at Kim Il-sung University  Despite being married to one of the “sidebranched” step-siblings (including current DPRK Ambassador to Poland Kim Pyong-il) Ambassador Kim is one name mentioned as a DPRK envoy to the EU, once the Lisbon Treaty is completely ratified.  One wonders whether Kim Kwang-sop will actually remain in Vienna or if he and Kim Kyong-chin will decamp for Brussels.

It is highly unlikely that, aside from personal encounters with personnel, Kim Kwang-sop is involved in the DPRK’s financial operations through its sole European bank, Golden Star Bank, which Austrian financial authorities decertified in 2004.  Golden Star Bank had links to the Third Floor and was under scrutiny from Austrian authorities.  Golden Star, however, still continues to operate in some capacity and its building is located near a tram stop on a central thoroughfare in Vienna.  The central executive for the DPRK’s Vienna-based financial management is Kwon Yong-rok who is institutionally tied to the Third Floor and is a former chief of the Mangyong Trading Corporation.  It should also be noted that many other countries, as well as illicit enterprises, run their money through Austria.

The Vienna DPRK Embassy (located here) and Kim Kyong-sop would seem to have enough on its plate, any way.   Vienna is a UN city with a principal location of the IAEA and headquarters of the OSCE Secretariat.  The DPRK Embassy is located about a mile from the Schonbrunn Palace.  The Czech Embassy and an OSCE office are located down the street, but otherwise it is a residential neighborhood.

DPRK Embassy in Vienna, at the right. 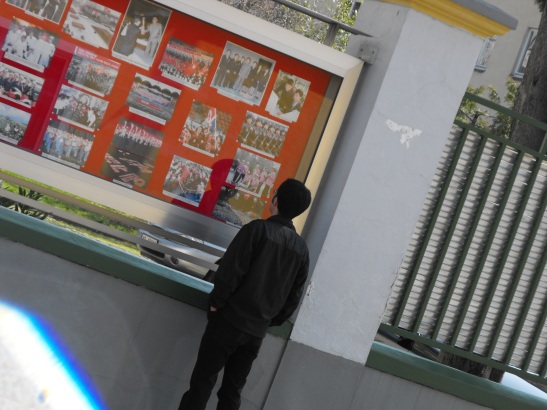 This entry was posted on 10/20/2009 by nkleadershipwatch in EU-DPRK Relations, Kim Jong-il, Ministry of Foreign Affairs.