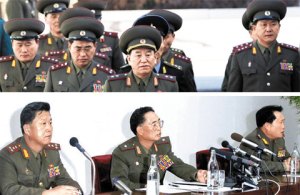 Last Friday (28 May), the National Defense Commission held a press conference in Pyongyang “denouncing the Lee Myung Bak group of traitors of south Korea for having recently kicked off a racket of confrontation with the DPRK after groundlessly linking the case of the sinking of warship ‘Cheonan’ with it.”  Speaking for the National Defense Commission’s Policy Department, was Major General Pak Rim Su.

Chosun Ilbo reports that in addition to coordination anti-ROK operations through the NDC Reconnaissance Bureau (which manages the KWP Operations Department, Office #35 and the former MPAF Reconnaissance Bureau which was commanded by Lt. General Kim Yong-chol), the NDC Policy Department manages the KWP United Front Department.  It is also reported the United Front Department Director, Kim Yang Gon, is a Councilor to the NDC (like Pak Myong Chol):

They were Maj. Gen. Pak Rim-su, the director of the policy department at the commission, Col. Ri Son-gwon, and Col. Pak Ki-yong. All regularly attended inter-Korean talks in the past. “We’ve discovered that all of the North Korean officials who attended previous inter-Korean meetings are members of the National Defense Commission,” said a Unification Ministry official. “We also discovered the existence of the policy department at the National Defense Commission and the fact that it is tasked with dealing with South Korea.”

But the duties of the policy department are not limited to military matters, as could be seen when Pak Rim-su toured the joint-Korean Kaesong Industrial Complex and the Mt. Kumgang tourism site with other officials of the department in April.

Ryu Dong-ryeol, a researcher at the Police Science Institute, said, “There have been several signs that the National Defense Commission is involved not only in military affairs but also in a wider range of inter-Korean relations, including cross-border business projects. This means that the commission has taken over a significant portion of the duties previously handled by the United Front Department of the Worker’s Party.”

Kim Yang-gon, the director of the United Front Department, was appointed concurrently as a councilor at the commission last year. The commission “had to turn to Kim for advice and expertise as it expanded its role to cover inter-Korean affairs,” Ryu said.

Of particular interest to South Korean officials is the relationship between the policy department and the commission’s Reconnaissance Bureau, which was created last year and has been singled out as being responsible for the torpedo attack on the Cheonan. Pak Rim-su, Ri Son-gwan and Pak Ki-yong all served under Lt. Gen. Kim Yong-chol, who heads the bureau. Kim was the head of the North Korean military delegation during inter-Korean military talks between 2006 and 2007, while the three officials served as his aides. 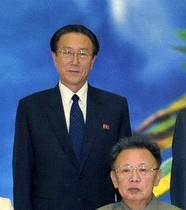 Thank you to the folks who sent this along.

One comment on “Has NDC absorbed the United Front Department?”