The opera based on the famous Chinese folklore is another flower of the DPRK-China friendship, provided under the care of General Secretary Kim Jong Il.

The opera had been performed 30 odd times in 12 cities of China, including Beijing, Daqing, Shanghai, Guangzhou and Qingdao from Oct. 25 last year to Jan. 7 this year, causing a hot wind of Korean opera in vast Chinese territory.

Chinese media and Internet homepages vied with each other to report about performances of this opera, featuring the wisdom of Kim Jong Il who initiated its creation and guided the work to perfect it and stirring up the heated atmosphere of praising the great man.

In particular the world public was deeply moved at the touching fact that the Workers’ Party of Korea allowed the opera performance to continue even after Kim Jong Il passed away, a great loss to the Korean nation, and at the ideological and moral traits of the Korean artistes who successfully ensured its performances to the last by turning their sorrow into strength and courage, true to his behests.

The performances registered another significant chapter in the annals of the DPRK-China friendship. They were a vivid manifestation of the solidness of this friendship further deepened by Kim Jong Il through his energetic activities.

Enjoying the homecoming performance were Kim Yong Nam, Kim Ki Nam and other senior party and state officials, officials of the Foreign Ministry and the Korean Committee for Cultural Relations with Foreign Countries, creators and artistes, journalists and editors.

Also present on invitation were Ambassador Liu Hongcai and staff members of the Chinese embassy here and Chinese guests.

The performance was acclaimed by the audience as it strikingly displayed the inexhaustible potentials of the Juche arts advancing on the world level while achieving its remarkable development by the unique Korean way of creation.

Ponghwa Art Theater in Hyongjesan District in west Pyongyang, not far from the Ministry of People's Security (Photo: Google image)

There were several DPRK-PRC interactions around this performance.  PRC Ambassador to the DPRK Liu Hongcai had separate meetings with Supreme People’s Assembly [SPA] Presidium President Kim Yong Nam and Kwon Hyok Bong, deputy (vice) director of the party’s Propaganda and Agitation Department.  It remains to be seen whether the PRC Embassy will host a banquet for Lunar New Year and if one is held whether Kim Jong Un–who has previously interacted with embassy officials–will attend. 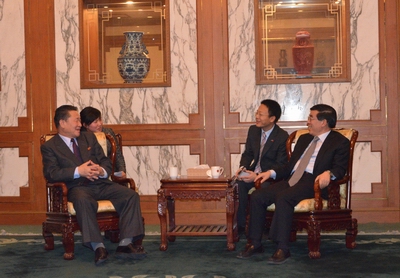 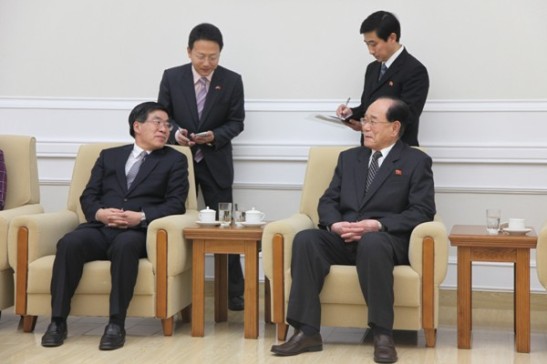