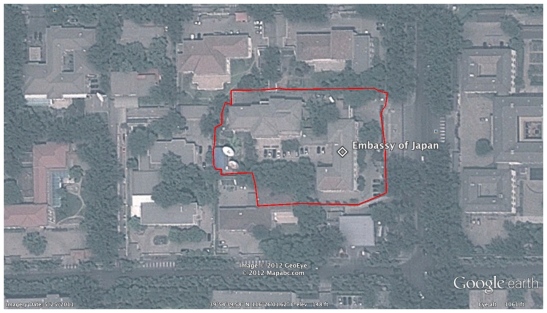 DPRK and Japanese officials met in Beijing at the Japanese Embassy on 29 August (Wednesday).  The three-hour meeting was the first official contact between the the DPRK and Japanese governments since August 2008.  NHK reports:

A Japanese government official says his country has asked North Korea to address its abductions of Japanese citizens in future governmental talks.

Foreign ministry officials from the two countries on Wednesday ended the first day of their preliminary meetings at the Japanese Embassy in Beijing, China.

The 3-hour discussion was the first governmental talks between the two nations since 2008 and the first since the North’s Kim Jong Un took power.

The envoys are to discuss dates and agendas for future talks between the division chiefs.

An official from Japan’s foreign ministry later told reporters that they had frank and practical discussions and that both sides expressed their opinions clearly.

The official said Japan stressed the need for discussions on various bilateral issues and asked that the abduction issue be on the agenda.

The second day of the meetings is scheduled for Thursday at the North Korean Embassy in Beijing.

The governments of Japan and North Korea held bilateral talks at the Japanese embassy in Beijing on Wednesday for the first time in four years.

The meeting, characterized as a preliminary one ahead of full-fledged negotiations among senior foreign ministry officials, was arranged to discuss agenda items and procedures for the talks.

Tokyo wants the agenda to include the issue of North Korean abductions of Japanese citizens, though Pyongyang’s response is unpredictable, observers said.

Wednesday’s meeting took place after the Red Cross societies of the two countries agreed to seek cooperation from the governments on repatriating the remains of Japanese people who died in North Korea during and after World War II and on family visits to their graves.