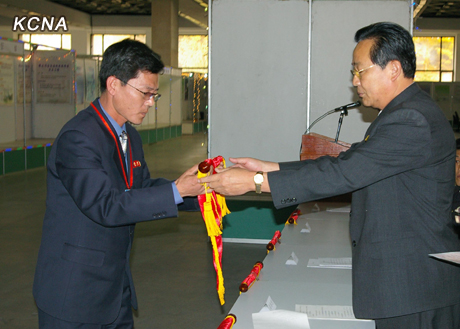 DPRK state media reported on 25 October (Thursday) that the 23rd National Software Contest and Exhibition closed with an awards ceremony to its participants.  Attending the ceremony were Korean Workers’ Party [KWP] Secretary Choe Tae Bok, Vice Premier of the DPRK Cabinet Kim Yong Jin, Chairman of the Education Commission Kim Sung Du and President of the State Academy of Sciences Jang Chol.  KCNA reported that Kim Il Sung University and the Pyongyang Information Technology Bureau placed first in a contest in the development of English-Korean and Chinese-Korean translation programs. 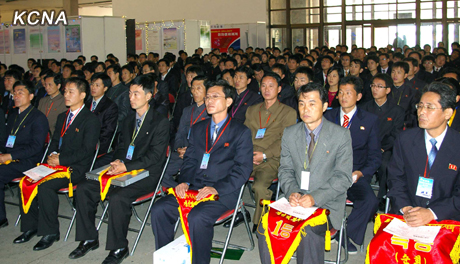 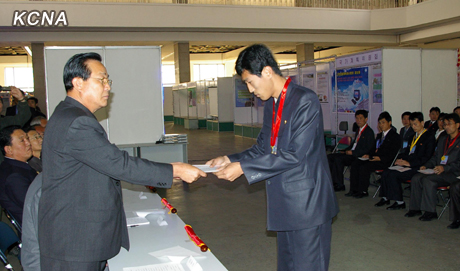 KCNA reported that the “Ministry of Land and Marine Transport bagged special prize while the State Academy of Sciences, the Foreign Trade Bank, the State Commission for Quality Management, the Hydro-Meteorological Service, the Ministry of Public Health and the State Planning Commission came first in the exhibition of computer-aided paintings presented by ministries and national institutions. The Rakwo’n Machine Complex, the Pyongyang City Committee for Science and Technology and the Kim Chaek Iron and Steel Complex placed first in the exhibition of those paintings presented by industrial establishments.”  Also receiving awards were software for financial accounting, teleconferences, manufacturing automation systems and “200 programs including the combined control system of the Central Tree Nursery came first in the software display and circulation of products.”  According to KCNA “20 programs including a program jointly developed by the Pyongyang Kwangmyo’ng Information Technology Company and the Mathematics Institute of the State Academy of Sciences were highly estimated in the field of distribution of software.”