DPRK state media reported on 27 October (Saturday) that the title of DPRK Hero was posthumously awarded to Kim Kum Su and Han P’yo’ng-nam, of the Kangwo’n Provincial People’s Security Bureau, the provincial branch of the Ministry of People’s Security [MPS].  According to KCNA, Kim and Han were members of a team clearing explosives and unexploded ordnance in Kangwo’n Province on 20 October “when they were working to defuse a time-bomb dropped by the U.S. imperialist aggressors during the Korean War, it went off all of a sudden. They died heroic deaths after saving their comrades at that critical moment.”  KCNA reported that the were nominated for the award by Kim Jong Un who “put them forward as the most laudable men trained by the Workers’ Party of Korea and models of the security officers in the era of Songun. He made sure that the shining end of the heroes and their worthwhile lives were always remembered by the people and showed the bereaved families profound loving care and solicitude to be conveyed down through generations.” 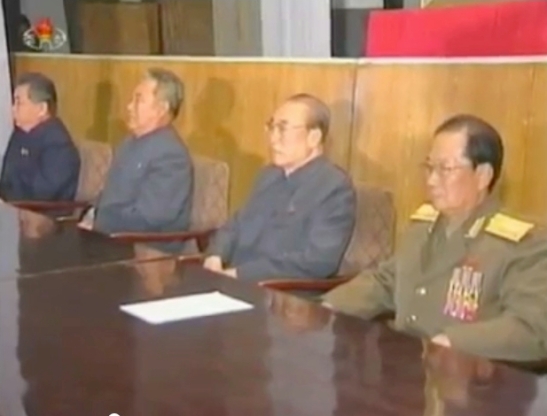 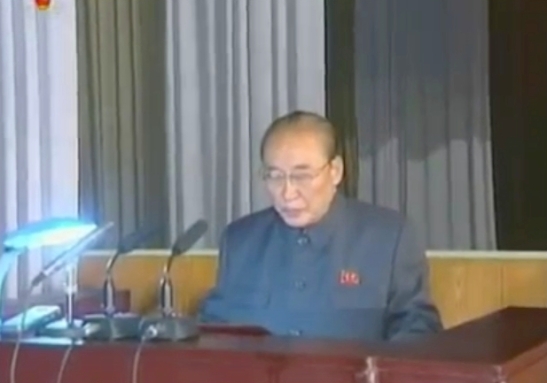 SPA Presidium Vice President Yang Hyong Sop speaks during a 27 October 2012 ceremony at which two MPS officers were posthumously awarded the title of DPRK Hero after being killed on 20 October 2012 (Photo: KCNA/KCTV screengrab)

View of participants at a 27 October 2012 award ceremony at which the family members of two security officers were presented with posthumous award of DPRK Hero (Photo: KCNA/KCTV screengrab)