DPRK state media reported on 12 November (Monday) that two Japanese delegations arrived in Pyongyang.  Kanji Inoki (a.k.a. Antonio Inoki), president of the Inoki Genome Federation (a professional wrestling organization) arrived at Pyongyang Airport on Monday.  Protege of the late Japanese wrestling legend Rikidozan, a key personality behind the 1995 professional wrestling event Collision Korea and a regular visitor to Pyongyang,  this was Inoki’s third visit to the DPRK in 2012.  Also arriving from Japan was a 46-person sports exchange delegation from Nippon Sport Science University led by former Diet member Kenshiro Matsunami. The delegations’ arrivals in Pyongyang occurred several days before the resumption of working-level, inter-governmental  DPRK-Japan talks in Mongolia. 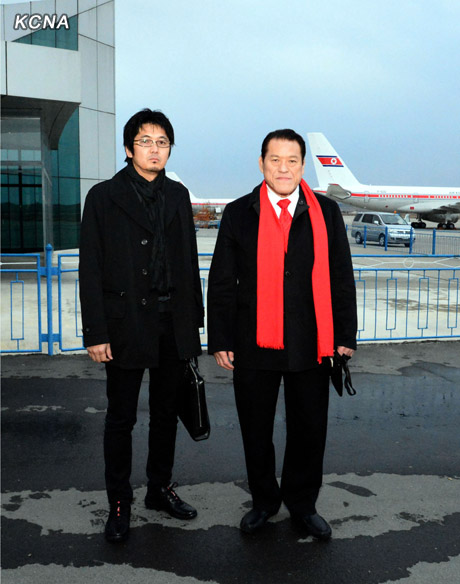 Kanji Inoki (R) and a colleague after arriving at Pyongyang Airport on 12 November 2012 (Photo: KCNA) 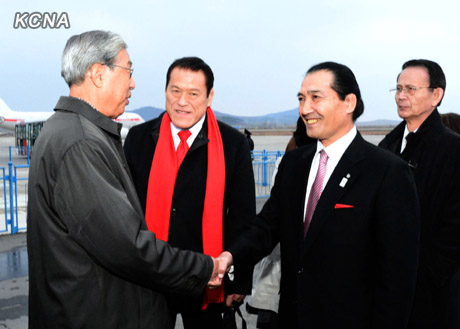 The university delegation consists of  32 students who will train and compete in judo, wrestling and soccer (football).  According to Jiji Press, Matsunami told a news conference on 9 November (Friday) that there were no “political motives for the mission” and that the purpose of the trip “was to help Japan show itself as a peace-pursuing country seeking to promote exchanges with every country through sports at a time when Tokyo is bidding for the 2020 Olympics.” 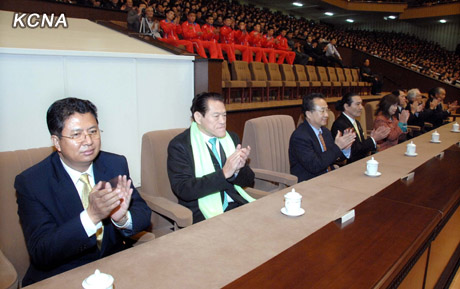 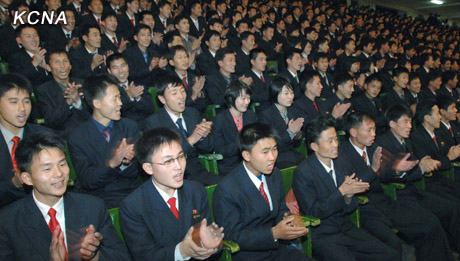 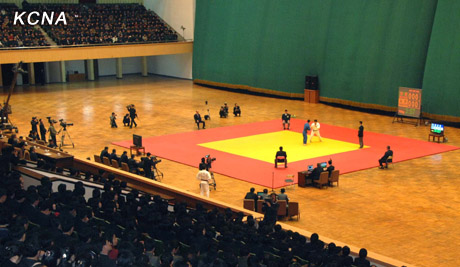 An overview of a judo competition between DPRK and Japanese universities at Pyongyang Indoor Stadium on 13 November 2012 (Photo: KCNA)

At Pyongyang Indoor Stadium on Tuesday, there was a judo competition between judokas of Korea University of Physical Education and the Nippo Sports Science University.  Attending it were Pak Kun Gwang, Kanji Inoki, Kenshiro Matsunami, members of Inoki’s and Matsunami’s delegations, “teachers and students of Korea University of Physical Education, judo experts and fans, Pyongyangites,” and “diplomatic envoys accredited to the DPRK and staff members of foreign embassies here.”  According to KCNA “the judoists of the two countries displayed their high skills and strong fighting spirit in the match.”

Images of the judo competition 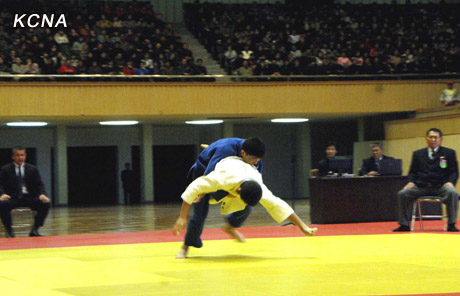 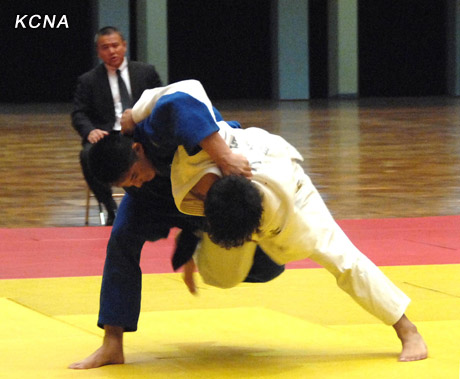 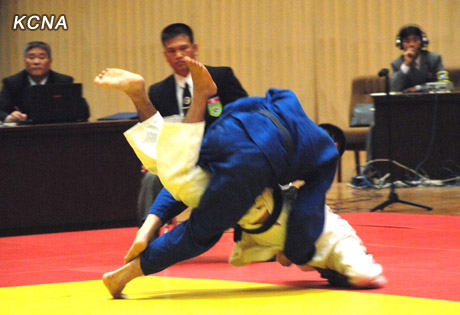