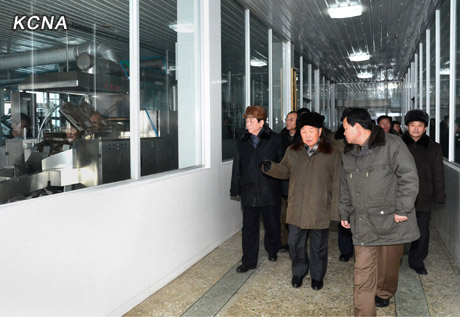 DPRK state media reported on 14 December (Friday) that DPRK Cabinet Premier Choe Yong Rim visited a series of factories in Pyongyang where he “encouraged the workers in a high-pitched drive for the increased production to successfully decorate this significant year with high pride of having demonstrated to the world the might of great Paektusan nation through the successful launch of the second version of satellite Kwangmyo’ngso’ng-3.”

Choe’s first visit was to Ryuwon Footwear Factory where, according to KCNA, “measures were taken on the spot for producing more quality shoes favored by the people.”  Choe then toured the Pyongyang Cornstarch Factory where he “looked round various production processes of the Pyongyang Cornstarch Factory before convening a consultative meeting” which “took measures for keeping equipment in full capacity operation by properly managing equipment and technology so as to increase the production of confectionary, and ensuring satisfactory supply of raw and other materials and electricity by relevant units.”

Choe also visited the Pyongyang Electrical Appliances’ Joint-Venture Company, the Pyongyang Metal Building-materials Factory and the Pyongyang Trolley Bus Factory.  During his visits he convened meetings with factory management and employees which, according to KCNA, “discussed the issue of increasing the generation of electricity and saving it, the issue of pushing ahead with the modernization of the factories and producing various kinds of more goods including convenient household articles suited to the people’s taste and the issue of increasing the production of new-type trolley buses.” 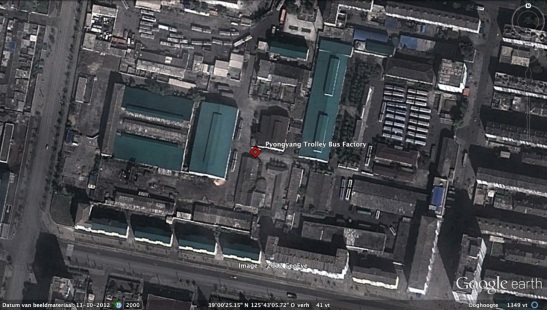 Meanwhile, Choe Yong Rim sent a message to Prime Minister of The Netherlands Mark Rutte, on 10 December which, according to KCNA, “wished the prime minister success in his work, expressing his conviction that the friendly and cooperative relations between the two countries would grow strong” and congratulated Rutte on his re-election.  DPRK Foreign Minister Pak Ui Chun sent a note of congratulations to the new Dutch Foreign Minister, Frans Timmerman.