Watching the Aquarium for Three-Eyed Fish 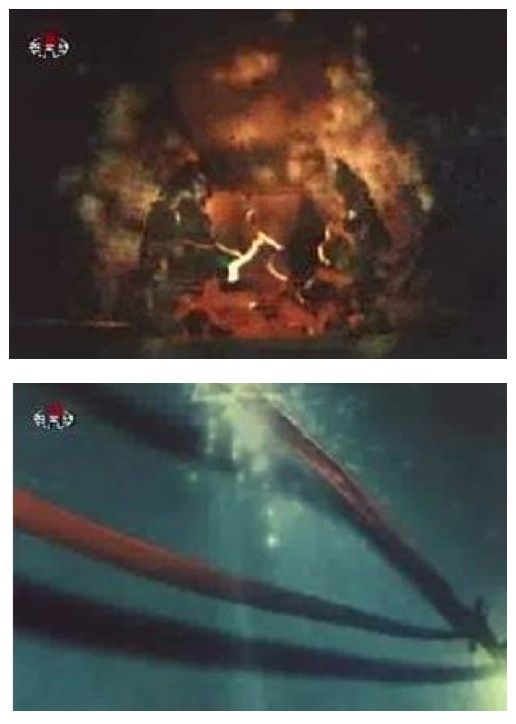 Yonhap News Agency reported on 31 January (Thursday) that South Korean [ROK] “raised the alert level in front-line units amid speculations of a North Korean nuclear test and military provocation.”  According to an anonymous South Korean government official “The Joint Chiefs of Staff has raised the alert level at front-line units.  Therefore, all intelligence, operations and firepower units are operating in what is the equivalent of level two.”  Given the wording in the report, it appear the anonymous source is an elected or political official.  Yonhap also reported that “units along the border (including the North Limit Line) are also said to be on standby with firepower to counter any provocation from the North” and that a joint assessment found a “radiation detecting device was installed at Punggye-ri nuclear test site to measure the amount of leaking after a nuclear test.”  A separate ROK government source “claimed, ‘We have detected what seems to be a command and control vehicle that could be used as remote detonator, so we are conducting in-depth analysis.”

CNN reported and cited US officials who said “We think they are preparing for a test.  We are watching it all as closely as we can” with the caveat “One official explained the United States is not certain about the timing of a test because it would happen underground and the final preparations can’t be observed by satellite.But a level of activity has been seen at the site in recent days, including movement of people and equipment that typically would be expected ahead of a test, one of the officials said.”

Meanwhile, following a meeting convened by South Korean President Lee Myung Bak (Yi Myo’ng-pok) came the quacking of lame ducks.  A presidential spokesman said “If North Korea misjudges the situation and pushes ahead with a provocation again, it will cause very grave consequences.  The government urges North Korea to immediately halt all provocative words and actions and comply with international obligations.”  Another anonymous official told Yonhap “If it carries out a nuclear test, it will be a big mistake.  It will be unfortunate for North Korea’s future.  This is the message we are sending to North Korea.”

Ah, the loaded phrase “provocation” which seems inaccurate in our present-tense context.  Rather than quibble with diction, Pyongyang watchers might focus on whether we might see HEU or a thermonuclear experimental detonation, as explored by Jeffrey Lewis at ACW.  Time to to look at the spread (hey, put a hook up there for me!): HEU, thermonuclear or does KJU send those men and their trucks home?

What To Expect When You’re Detonating

2 comments on “Watching the Aquarium for Three-Eyed Fish”