Kim Chang Do (L), Chairman of the Kimilsungia-Kimjongilia Committee delivers a spech at a ceremony opening the 17th Kimjongilia Festival in Pyongyang on 14 February 2013 (Photos: KCTV screengrabs) 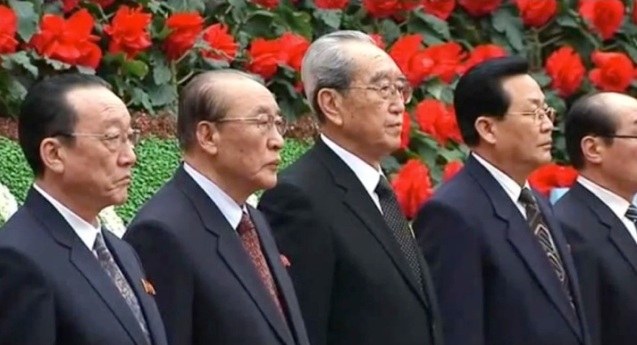 DPRK state media reported on 14 February (Thursday) that the 17th Kimjongilia Festival was formally opened.  Attending the opening ceremony were KWP Secretary Kim Ki Nam and Supreme People’s Assembly Presidium Vice President Yang Hyong Sop, along with other central officials and “delegations of overseas compatriots and foreign guests.”  Chairman of the Kimilsungia-Kimjongilia Committee, Kim Chang Do said in his remarks that “Kimjongilia is blooming more beautifully thanks to the reverence of the Korean people and other progressive people for Kim Jong Il growing stronger as the days go by.”  According to KCNA, “displayed in the venue were immortal flowers cultivated by many units including armed forces and power organs, ministries and national institutions, service persons, people of all social standings and school youth and children” and that “flowers were displayed by the Central Standing Committee of the General Association of Korean Residents in Japan (Chongryon) and overseas compatriots, diplomatic missions and missions of international organizations here, friendship and solidarity organizations of foreign countries, foreigners and Chinese residents in Korea.”