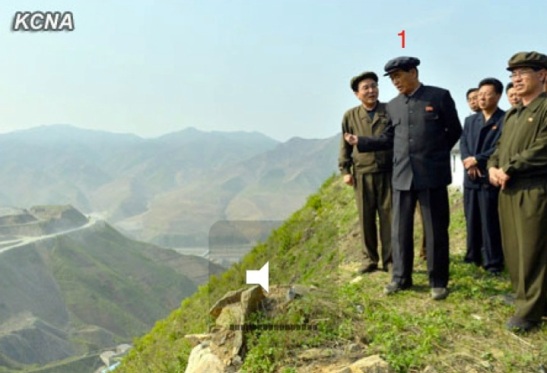 DPRK state media reported on 27 May (Monday) that DPRK Cabinet Premier Pak Pong Ju visited Musan County, North Hamgyo’ng Province.  Pak visited the Musan Mining Complex, the DPRK’s largest producer of iron ore.  Pak toured various the mining complex “to learn about production and technological updating” and saw the ore dressing section, excavation area and a facility which transports iron ore from the mining complex to the Kim Ch’aek Iron and Steel Complex in Ch’o’ngjin.  After his tour, Pak Pong Ju convened a meeting of the mining complex’s managers and officials.  According to KCNA, the meeting “discussed measures for increasing iron ore production by making an effective use of the existing production foundation on the principle of giving priority to the earth removal” and it “also took measures for raising the operating rate of vehicles which play a big role in earth removal. It called on the relevant units to produce and provide necessary spare parts in good time.”  During his visit to Musan County, Pak also visited the Musan Foodstuff Factory and Musan Wood Processing Factory where, according to KCNA, Pak “called for increasing the competitiveness of products.”

Musan County is also the location of the DPRK’s largest untapped untapped uranium deposits.  When the DPRK began prospecting for uranium in the 1970s, it found three large uranium sources in the country.  It constructed mines and processing facilities at two of those locations, but did not mine the uranium found in Musan County.  Pak Pong Ju may have made an unreported visit to a site where the prospecting of uranium is under way.  Pak had previously visited the cement complex in Sunch’o’n, South P’yo’ngan Province.  Sunch’o’n is one of the two cities, where the DPRK operates a uranium mining complex.   The 7th session of the 12th Supreme People’s Assembly on 1 April 2013 created the Ministry of Atomic Energy Industry under the DPRK Cabinet.  The newly formed Ministry will be the key organization in uranium mining.  According to a Minju Joson report about the Cabinet’s first meeting on 21 April 2013, the Cabinet “pointed out that. . .the atomic industrial sector should actively carry out the uranium ore prospecting and should increase production, and it should expand the production of nuclear fuels and nuclear materials and should qualitatively produce and supply with top priority the facilities, raw materials and supplies necessary for reinstating the operation of major production processes such as the graphite-moderated reactor of atomic power plant and for expediting the construction of a light-water reactor power plant.”