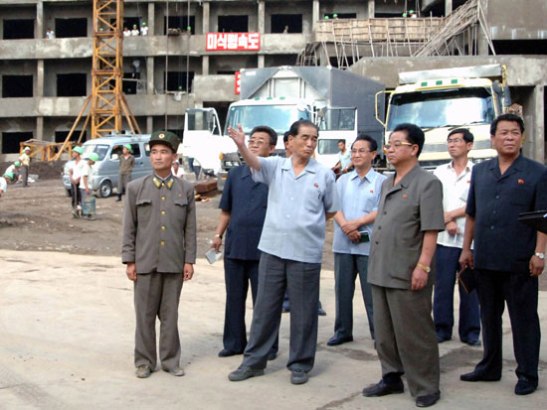 Pak also toured the construction of the Mushroom Research Institute, subordinate to the State Academy of Sciences, and the Munsu Wading Pool where he “encouraged the soldier-builders registering achievements despite unfavorable conditions.”  Pak Pong Ju was briefed about progress made in the construction of the mushroom institute and the wading pool  and he “called on the relevant units to keep the supply of building materials on par with the construction.”