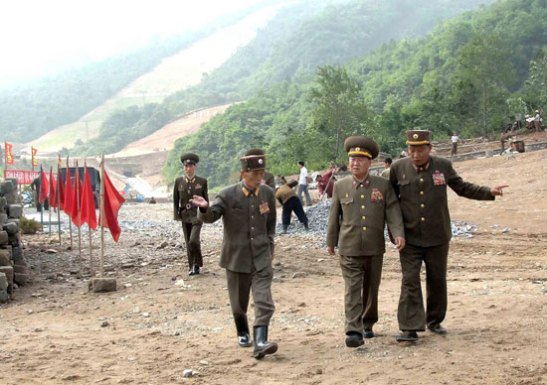 DPRK state media reported on 10 August (Saturday) that VMar Choe Ryong Hae, Director of the Korean People’s Army [KPA] General Political Department, toured the ongoing construction of the Masik Pass Ski Resort in Kangwo’n Province.  According to KCNA, KPA personnel involved in the construction “have put into good order the ski course” and “finished the frame assembling of structures including hotel and service building in a short span of time.”  Choe toured several areas of the construction site to learn about their progress and “encouraged the soldier-builders who opened a prospect for completing the construction of the ski resort within this year.”  According to KCNA Choe said that “Marshal Kim Jong Un initiated the construction of the world’s best ski resort and entrusted the task to the People’s Army” and instructed that “it not to slacken even a bit the spirit of an all-out charge for building an economic power and a high civilized socialist country.”  Choe Ryong Hae also “underscored the need to push transport of cement, structural steel and gravel ahead of construction and widely introduce rational construction methods to finish the construction of the rest houses as early as possible.”  After touring the construction Choe held a “consultative meeting” which “discussed matters of pressing ahead with the work required by each process in a three dimensional manner and took measures to do so.”