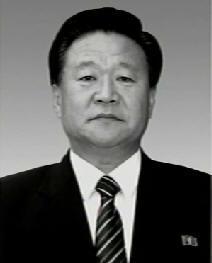 VMar Choe Ryong Hae, Director of the Korean People’s Army [KPA] General Political Department, is rumored to have been placed under arrest.  Korea Times, citing a report from FRNK, reports that Choe was apprehended by personnel of the Ministry of State Security and Military Security Command early in the morning of 21 February.  His last observed appearances were a visit by senior KPA officials to Ku’msusan and a central report meeting, both marking the birth anniversary of late leader Kim Jong Il (Kim Cho’ng-il).  Korea Times/FRNK also claimed that various work documents were confiscated from his home and his office (said to be at the Ministry of the People’s Armed Forces).  FRNK‘s correspondents speculated that “Choe’s alleged arrest might have resulted from his failure to keep the state military’s morale closely attached to their leader Kim Jong-un” and that “Choe opposed some profitable state businesses whose control was transferred to administrative governments after the execution of Jang Song-thaek in December last year. It posed a direct challenge to directives assigned by Kim Jong-un.”

On 25 February, Chosun Ilbo noted that the number of VMar Choe’s reported public appearances during 2014 were down and conjectured that he “is fading from view already.”  On 28 February, John Grisafi of NK News observed that VMar Choe failed to attend a meeting of ideological officials with Kim Jong Un (Kim Cho’ng-u’n) held in Pyongyang on 25 February    If reports about his arrest are accurate, this would not be Choe’s first run-in with the law.  In 1997 he was removed as 1st Secretary of the Kim Il Sung Youth League for, among other things, asset stripping and failing to report the revenue to the central party. 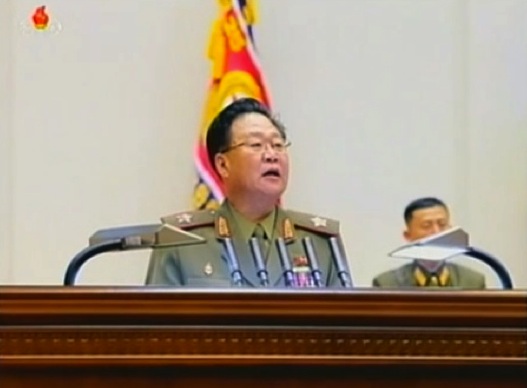 VMar Choe Ryong Hae, Director of the KPA General Political Department and Vice Chairman of the Party Central Military Commission delivers a report on the first day of the 4th Meeting of KPA Company Commander and Political Instructors in Pyongyang on 22 October 2013 (Photo: KCTV still). 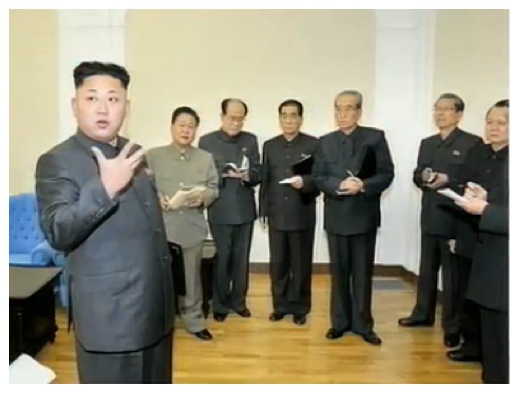 FRNK reported that it received rumors of Choe Ryong Hae’s arrest from a source inside the DPRK on 27 February and another source based in Pyongyang on 28 February.  FRNK identified its source in Pyongyang as “the most reliable among the several channels which broke the news” and the Pyongyang source said in a telephone conversation that Choe “has disappeared; no, has been arrested.  It seems to have happened around 21 February and I will tell you a detailed story after I enquire about it further,” but the call was cut off.  Another “reliable source” detailed the circumstances of Choe’s arrest during a conversation held on 1 March and 2 March.

According to this source, at 6:00 am on 21 February “30 soldiers of the Security Command including the director of the police administration department of government buildings (which takes charge of guarding the People’s Armed Forces building, the war museum and private residences of general-grade officer) and the director of the political department took Choe Ryong Hae, who was preparing to go to work, from his house to some place.”  The source said that at 9:00 am on 21 February, the same number of Security Command personnel confiscated all of the documents and office fixtures in Choe’s office in the People’s Armed Forces building” and that “although the definite whereabouts of Choe are not known at present, it is know that he is in a state of confinement in the (Military) Security Command.”  The reasons for Choe’s arrest are “still not known, but the rumor of his ‘violating the leadership system of Comrade Kim Jong Un is spreading.”  FRNK reported that “multiple sources tell almost the same story about Choe’s arrest” and “analyses of why Choe is destined to be gotten rid of are different.”

One reason cited in Choe’s rumored arrest is that “there is an argument that the responsibility for not correctly establishing the leadership system of Kim Jong Un in the north Korean army was taken by Choe Ryong Hae.  It means that Choe Ryong Hae, who had the responsibility for inspiring a sense of loyalty to Kim Jong Un into solider, could not fulfill it.”  Another source in the KPA, which made this argument, said that “at the end of last year Major General Cho’n Cho’ng-gap, commander of the 1st Group of the Command of the West Sea Fleet made four patrol boats and the only destroyer at the West Sea [Yellow Sea] sink while pushing ahead with the so-called modernization of naval vessels, and for that he was shot to death on Kim Jong Un’s order.”  The same source within the KPA also said, “north Korea is a place where one should take responsibility, like Cho’n Cho’ng-gap, even one tried to work well but the result turns out badly.  Recently, it has been often said though lecture materials among other things, the leadership system of the party in the people’s army was not correctly established and it appears that the total responsibility for it has been taken by Choe Ryong Hae.”

Another source speaking to FRNK “argues that various kinds of business interests, which have begun to be transferred to the party and the cabinet at lightning speed after the execution of Jang Song Taek, have been held in check by Choe Ryong Hae until recent times; that is directly contrary to Kim Jong Un’s instructions and Choe was not free from that responsibility.”  FRNK also spoke with a trader in Dandong, PRC, who claimed to have visited the DPRK last week and said “at present the rumor of the adulterous relationship between a Korean resident in Japan named Yo’m So’l-mi and Choe Ryong Hae is becoming a top among cadres in Pyongyang.  I heard not infrequently of the scandal of Jang Song Taek and Choe Ryong Hae having shared a woman.”

FRNK concludes that having put “together these pieces of information and arguments, it is understood that Choe Ryong Hae being detained in Security Command of the army in Yo’nmot-tong, Pyongyang saddled with the responsibility for ‘violating the leadership system of Comrade Kim Jong Un’ or for ‘anti-party factional acts’ and he appears to have been removed from all posts.”

This entry was posted on 03/02/2014 by nkleadershipwatch in Uncategorized.