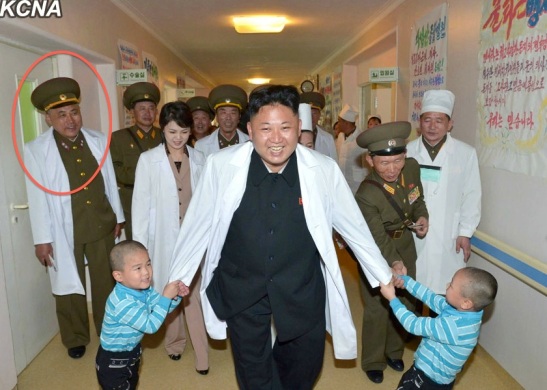 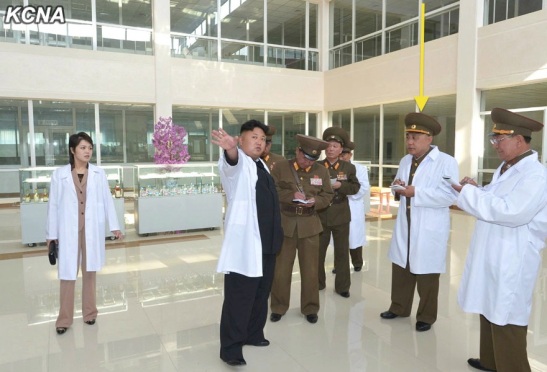 Ma Won Chun (Ma Wo’n-ch’un), one of the DPRK’s top construction officials and one of the country’s leading architects, has been appointed Director of the National Defense Commission [NDC] Designing Department.  In addition to his new appointment, the 58 year old Ma now also holds the rank of Korean People’s Army [KPA] Lieutenant General (chungjang).  Ma’s new positions were publicized when he attended Kim Jong Un’s (Kim Cho’ng-u’n) visit to the Taeso’ngsan Hospital in Pyongyang.   At one of Ma’s last observed appearances, reported by DPRK state media on 14 May, he was attired in the dark blue uniform of a central party cadre.   From 2009 to 2014 Ma was deputy (vice) director of the Workers’ Party of Korea [WPK] Finance and Accounting Department.

During the last five years he has supervised numerous major construction projects (both new construction and renovations) in Pyongyang and in the provinces including the People’s Theater, the Ponghwa Clinic, the Mirim Riding Club, the Pyongyang Central Zoo, the Pyongyang Grand Theater, Songdowon International Children’s Camp, the Hyangsan Hotel and several apartment complexes.  Ma began his career as an architect and city planner working primarily at the Pyongyang City Design Office and held successive positions at the Paektusan Architectural Institute, the DPRK most prestigious architecture and design company.  Prior to his appointment at the WPK Finance and Accounting Department, Ma Won Chun was a leading official of the Paektusan Architectural Institute.

Ma Won Chun’s new position and military rank was publicized two days after DPRK state media reported the structural collapse of an apartment building on 13 May in the P’yo’ngch’o’n District in central Pyongyang.  Ma’s appointment to his new job could be part of Kim Jong Un’s damage control efforts in response to the building collapse.  The NDC Designing Department is a relatively new department in the DPRK’s supreme power organization.  Ma Won Chun is now tasked with exercising the NDC’s unitary authority over the architecture, design and construction-related units of the KPA, the Ministry of the People’s Security and the Ministry of State.

Until the establishment of the Designing Office, construction by the KPA (solider-builders) and other DPRK security organizations was managed by the Ministry of the People’s Armed Forces (in the case of the KPA) or by the Ministry of State Security and Ministry of People’s Security. Command and control of individual units involved in materials allocation, logistics, design, structural engineering and various skilled and unskilled trades still resided with unit commanders.  This system sometimes caused friction and bureaucratic turf wars between different KPA units and security organizations attempting to complete projects.  In finishing “monumental edifices” in time for  Kim Il Sung’s centenary in 2012 there was a particularly violent dispute between a unit of the Pyongyang Defense Command and the Guard Command over the distribution of marble tiles and concrete.  During a visit to the construction of the Mirim Riding Club in May 2013, Kim Jong Un alluded to problems with some of the KPA’s design and construction units when he recalled “that he sent information about riding schools in different countries and a lot of reference books to build the club on a world level, he criticized the officials for failing neither to use them as reference nor study them and building it in a manner completely different from the design he had instructed to send to a designing organ of the KPA among those reported to him by various designing institutions.”

This entry was posted on 05/20/2014 by nkleadershipwatch in Uncategorized.