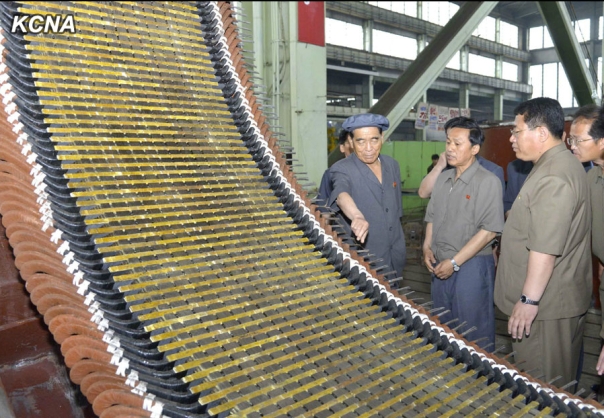 Pak Pong Ju visited the Taean Heavy Machine Complex in Namp’o, south of Pyongyang, where he toured “various production processes to learn about the technical specification of custom-built equipment and their processing and assembling.”  After his factory tour he held a meeting with the factory’s managers and functionaries, which according to KCNA, “”discussed issues arising in increasing the production of custom-built equipment and improving their performance.”  Pak also visited the construction of a mushroom farm where he “consulted a measure for hastening the construction.