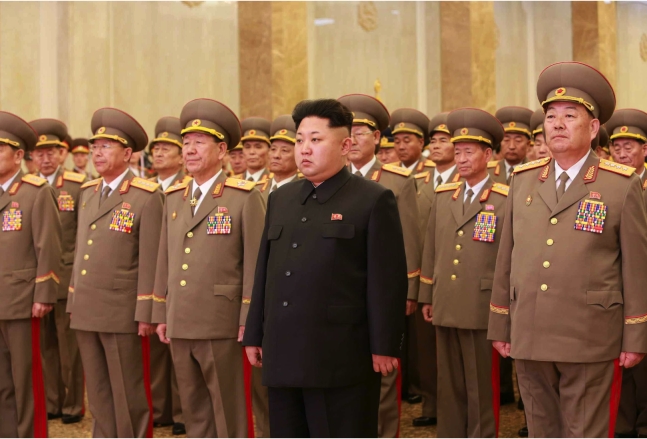 The visit began in Ku’msusan’s statue hall where the head of the KPA honor guard saluted the statues of KJI and DPRK President and founder Kim Il Sung (Kim Il-so’ng).  Floral baskets from Jong Un and from the KPA were placed in front of the statues.  Kim Jong Un “together with other visitors, paid high tribute to the statues,” according to KCNA.  Jong Un proceeded to a chamber containing KJI’s preserved remains where he “paid homage to Kim Jong Il in the humblest reverence for him.”  Afterward, Jong Un and the senior KPA officials visited a room containing various titles and diplomas that KJI accumulated, a remembrance hall and rooms containing KJI’s electric cart, his personal boat and his personal (and customized) Mercedes Benz S-Class sedan. 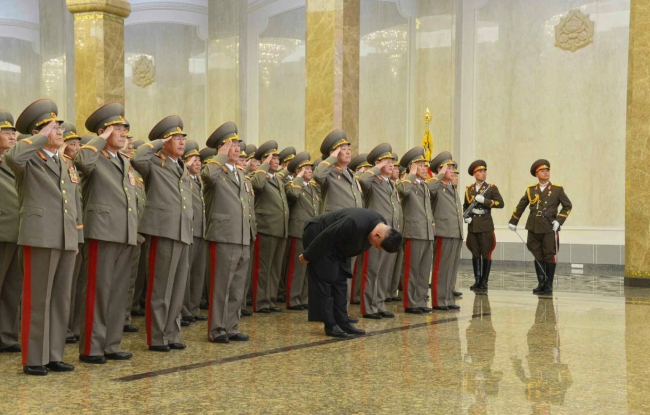