Centenary of the birth of Ryu Kyong Su commemorated 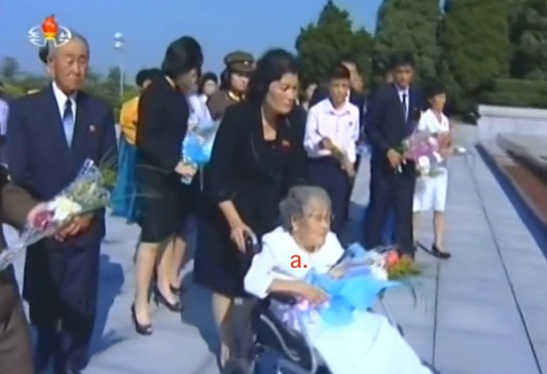 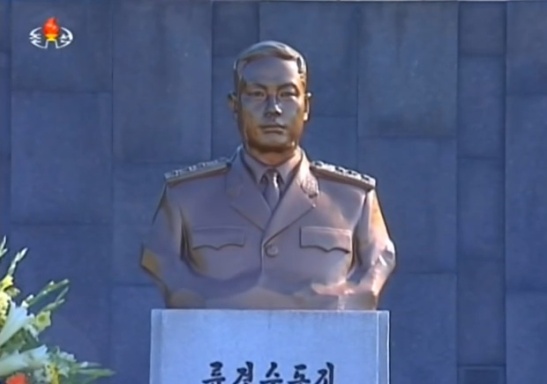 In recalling his career, KCNA reported that Ryu “made noteworthy contribution to the founding of the party and the regular armed forces after liberation and during the Fatherland Liberation War he, holding the posts of divisional commander and army corps commander, devoted his all to implementing the strategic and tactical policies of the Supreme Command” and after the Fatherland Liberation War (Korean War) he “rendered devoted services for making the People’s Army the revolutionary armed forces of the party devotedly defending the party and the leader and upholding the revolutionary cause of Juche with arms.”  According to KCNA Ryu also “upheld leader Kim Jong Il (Kim Cho’ng-il) with loyalty with his invariable revolutionary faith and obligation.”

Floral wreaths were placed in a remembrance ceremony before the memorial bust of Ryu Kyong Su at the Revolutionary Martyrs’ Cemetery in Pyongyang.  Placing wreaths before Ryu’s memorial marker were his widow Hwang Sun Hui (Member of the Workers’ Party of Korea Central Committee), members of Ryu’s families and his descendants along with Gen. Pak Yong Sik (Minister of the People’s Armed Forces), O Su Yong (WPK Secretary for Light Industry) and “officials of the party, armed forces and power bodies, service personnel of the Korean People’s Army, bereaved families and other people in the city.”  Floral wreaths from Kim Jong Un (Kim Cho’ng-u’n), the WPK Central Committee, the Ministry of the People’s Armed Forces, other party and security institutions, and floral bouquets were placed there by individuals.  According to KCNA “participants observed a moment’s silence in memory of the revolutionary martyr.”

View of participants at a meeting at the Central Youth Hall in Pyongyang on September 10, 2015, marking the 100th birth anniversary of early KPA hero Ryu Kyong Su (Photo: Rodong Sinmun).

A memorial meeting was held at the Central Youth Hall, attended by Kim Ki Nam (Workers’ Party of Korea Secretary of Propaganda and Agitation), Gen. Pak Yong Sik (Minister of the People’s Armed Forces) and Yang Hyong Sop (Vice President of the Supreme People’s Assembly Presidium [SPA]), along with WPK and KPA officials, cadres of workers’ organizations, Cabinet ministries and other government institutions, KPA service members and officers, “persons of distinguished services, officials and working people of institutions, enterprises and factors in Pyongyang and bereaved families of revolutionary martyrs.” 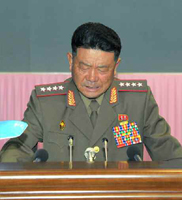 Minister of the People’s Armed Forces Gen. Pak Yong Sik reading out a report at a September 10, 2015 meeting to mark the birth anniversary of Ryu Kyong Su (Photo: KCNA).

Gen. Pak Yong Sik delivered the report.  According to KCNA Pak said, “Ryu was an ardent revolutionary fighter who safeguarded Kim Il Sung (Kim Il-so’ng) and carried out his orders and instructions at any cost. He was also a genuine revolutionary who kept the road of loyalty with firm revolutionary principle and integrity” and Pak in the report called “for learning from the transparent revolutionary faith and indomitable fighting spirit of the anti-Japanese forerunners and carrying on the march of revolution that started on Mt. Paektu.”