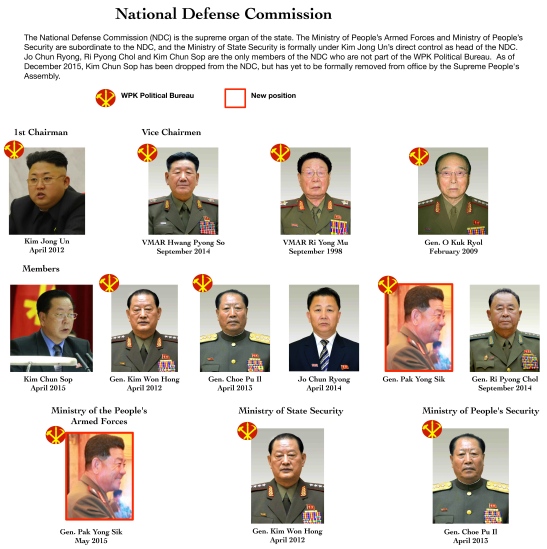 The spokesman of the DPRK National Defense Commission [NDC] released a statement “in connection with the fact that the U.S. and other hostile forces are making last-ditch efforts to attack the former in a flock to swallow it up” on April 3 (Sunday).  According to KCNA, the NDC spokesman said that:

The US and hostile forces’ frantic racket to stifle the DPRK has reached an unprecedented phase.

The Leningrad blockade which struck terror into the hearts of people as a pronoun of the harshest sanction in the world history of wars and the Caribbean crisis in the Cold War era can hardly stand comparison with the situation prevailing on the Korean peninsula at present.

What is ridiculous is that the U.S. is still not aware that the hostility it has persistently pursued towards the DPRK for over a century since the start of its stand-off with the latter is so anachronistic and suicidal one that it precipitates its self-destruction.

It is a hard reality that the U.S. illegal “high-profile sanctions” reinforces the persevering will of the servicepersons and people of the DPRK, the former’s outrageous military pressure makes them hold more tightly So’ngun (military-first) as an all-powerful treasured sword to annihilate the enemies and the former’s terrible moves to “bring down the social system” prompt the latter to make a giant leap forward in the drive to build the greatest power in the world.

Those, who blindly yielded to the brigandish demands of the U.S. which lorded it over our planet through high-handed and arbitrary practices, domination and hegemony and backed it in its hostile moves against the DPRK veiled with “UN resolution,” made a mess of their precious legacy and tradition for which nothing can compensate.

The NDC of the DPRK would like to tell the whole world what consequences the US and its followers’ reckless hostile moves against the DPRK have brought to this land through a fierce uncompromising confrontation between independence and subjugation, justice and injustice and progress and reactionary.

The brigandish US imperialists and their allies’ barbarous “harshest sanctions” to completely stifle the DPRK economically turned Juche Korea into a matchless great power based on the principle of independence, self-reliance and self-development.

The US imperialists’ unprecedented moves for a war of aggression against the DPRK to stifle it militarily created the worst crisis in which it may make a retaliatory nuclear strike at the US mainland any moment.

The US and its allies’ moves to “bring down the social system of the DPRK” by splitting and destabilizing it are entailing the consequences of reducing the rotten and ailing capitalist system to dregs of history as it has lived out its days.

Mankind will be pleased to see how the great Paektusan (Mt. Paektu) nation will remain shining as a beacon of independence and symbol of justice and truth.