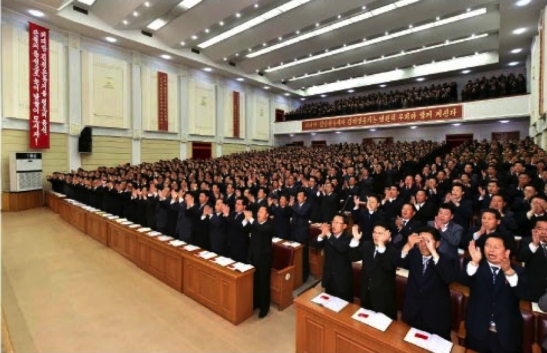 South P’yo’ngan Workers’ Party of Korea [WPK] Provincial Conference was held in P’yo’ngso’ng, the provincial capital, during April 17 (Sunday) and April 18 (Monday).   Attending the party conference were members of the South P’yo’ngan WPK Committee and delegates (party representatives) drawn from basic party organizations in the province and elected at city (municipal) and county party conferences. 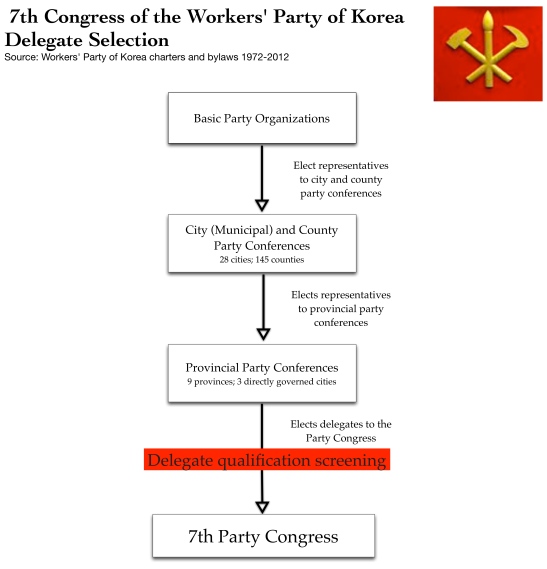 The party conference was briefed about the work and activities of the provincial party committee and a report said that “the sacred history of the WPK shines as a glorious chronicle which has hewed out the unique road for building a revolutionary party and won only the great victory in the history of the country thanks to the outstanding idea and leadership of Kim Il Sung (Kim Il-so’ng), Kim Jong Il (Kim Cho’ng-il), and Marshal Kim Jong Un (Kim Cho’ng-u’n).”  Speakers at the party conference referred to “their wise leadership and its vitality” and expressed “their resolutions to proudly enter the venue of the Seventh Congress of the WPK with gifts of loyalty to be presented to the party.”  Meeting speakers also discussed the province’s contributions to the defense industry, work and activities of the Kim Il Sung Youth League in the province, the activities of its units of the Worker-Peasant Red Guard and Young Red Guards and critical infrastructure projects in South P’yo’ngan including the Namhu’ng Youth Chemical Complex.

Pak said that Jong Un’s “election serves as an expression of absolute trust and noble loyalty of all the party members and people in the province” and “courteously proposed to elect Kim Jong Un as delegate to the Seventh Congress of the WPK, reflecting the unanimous loyalty of all the participants in the conference, the party members and people in the province.”  Party conference speakers “support the proposal” and a decision to elect Jong Un as a party congress delegate was “adopted at the conference with a unanimous approval.”  After this, South P’yo’ngan’s delegates and observers to the party conference were elected.