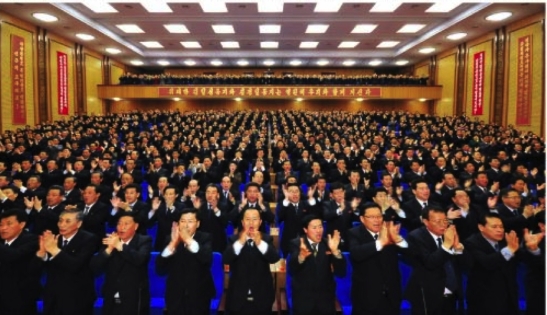 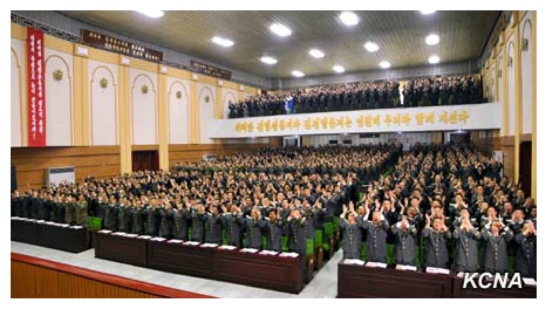 The party representatives were briefed about the work and activities of the WPK committees and listened to reports.  They elected the leadership of their party committees.  Then the names of delegates and observers to the 7th Party Congress were placed into nomination.  Speeches in support of electing Kim Jong Un (Kim Cho’ng-u’n) as a delegate to the party congress “were unanimous in saying that it is the manifestation of the absolute trust and noble loyalty of all the party members and people that Kim Jong Un was elected delegate to the 7th Congress of the WPK.” 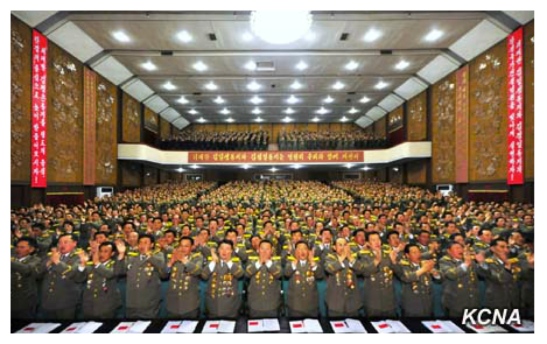 Jong Un’s election was carried with unanimous approval, and was followed by the election of delegates and observers representing the DPRK Cabinet, KPISF and the Ministries of Railways and Culture at the party congress.  While the Ministry of Railways and Ministry of Culture are formally part of the DPRK Cabinet, unlike other Cabinet ministries and institutions, their party members (like those in the KPISF and the Korean People’s Army) have a more rigorous party life in which they undergo additional indoctrination and Party Life Critique.

It appears that with these party conferences, along with the convocation of the last three provincial party conferences, that the delegate selection process for the 7th Party Congress has concluded.  Now we Pyongyang watchers get to wait to see when state media reports on the arrival of delegates and observers in Pyongyang to attend the congress.