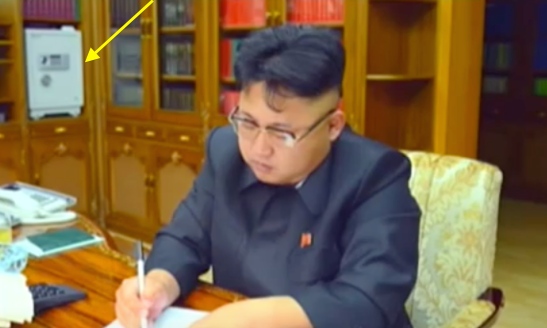 Last week, Yonhap reported that the DPRK “is presumed to have combined the ruling party’s two units” which manage the so-called “Party funds.”  According to this brief news item, Office #38 was consolidated with Office #39.  In addition to running the conglomerate the Taesong Group, Office #39 also coordinates the network of trading companies and production units owned and operated by DPRK elites which generate billions of dollars in revenues through legitimate and illicit business activities.  Office #38 has historically earned money within the DPRK from hotels, restaurants and granting mining licenses but, more importantly, managed late leader Kim Jong Il’s (Kim Cho’ng-il) financial accounts.

Yonhap quoted an unnamed Unification Ministry source as saying, “the integration seems to have been made years before North Korea was slapped by the latest UN sanctions,” but did not reveal when the consolidation took place.  By “latest UN sanctions,” one can only surmise this refers to the ones passed and implemented in 2016 following the fourth nuclear test and second space launch.

A few notable changes have occurred during 2013 to 2015, unrelated to UN sanctions, which might have necessitated organizational changes for how the regime runs its coffers.  First, was the deterioration of  inter-Korea relations; Office #38 was the primary central institution (due in part to employing some of the DPRK’s best money managers) tasked with coordinating and managing inter-Korean monies.  DPRK-ROK contacts and relations being at one of their lowest points ever eliminates the need for Office #38 to exist.  Second, was the execution of Jang Song Taek (Chang So’ng-t’aek) and with that the dissolution of the Workers’ Party of Korea [WPK] Administration Department [AD].  This created at least a half dozen orphan entities involved, among other things, in foreign trade activities and construction contracts, in addition to whatever sums of money Jang had socked away.  Adjacent to this was the effective retirement of Jang’s estranged widow and Kim Jong Un’s (Kim Cho’ng-u’n) aunt Kim Kyong Hui (Kim Kyo’ng-hu’i).   Madame Kim had controlling interests in at least another half-dozen companies linked to Office #39 and Office #38 and was responsible for disbursing her late brother’s money to his children.  All three of these things would certainly motivate changes in organization, management and control.

In addition to these circumstances, the merger, dissolution or downgrading of Office #38 during this time occurred while the WPK Central Committee embarked on other institutional shifts in economic management.  In 2013, there were reports that a new WPK Central Committee Department had been established which would have broad economic policymaking powers and the authority in the establishment and dissolution of foreign trade companies.  In actuality, the party brought back the WPK Economic Affairs Department and eventually, in the spring of 2014, appointed O Su Yong as its director.

This is not the first time, during the last seven years, a death knell has been sounded for Office #38.  The last report about the institutional demise of Office #38 was in October 2012 .  At that time Kyodo reported that Office #38 was “dissolved” and became part of an entity called the Moranbong Bureau, which was said to be subordinate to the DPRK Cabinet.  The supposed establishment of the Moranbong Bureau occurred several months after KJI’s death when millions of dollars were transferred to Jong Un.  Institutional tweaking within the WPK Finance and Accounting Department, which has organizational custody of Office #38, Office #39 and smaller foreign exchange entities, would have been a sensible course of action.

Office #38 and the KWP Finance and Accounting Department in the Central District of Pyongyang (Photo: Google image)

Prior to the 2012 report, there were reports in 2009 that Office #38 was dissolved and merged with Office #39.  In mid-2010, another report emerged that Office #38 had been “revived” because “efficiency was probably compromised after the two, which have different functions, were combined.” 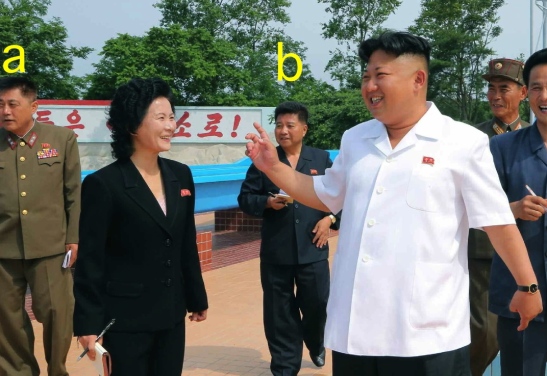 While the current reporting about Office #38 and Office #39 claims that they were consolidated “several years ago,” there have been personnel changes involving Finance and Accounting Department personnel.  These changes could be taken as evidence of a consolidation process.  In 2014 then-deputy director of Finance and Accounting Ma Won Chun (Ma Wo’n-chun) migrated from the party apparatus over the National Defense Commission [NDC] to head the NDC Design Department (later the State Affairs Commission Design Department; Ma’s transfer to another position followed a period of time in which he disappeared from public view and was rumored to have been executed.  In 2015, Han Kwang Sang also disappeared from public view and was also reported or presumed to have been executed.  Han later resurfaced as a deputy NDC director in November 2015, and is presently deputy director of the State Affairs Commission.  These two personnel changes can be taken as evidence of changes to functions and bureaucracy of the Finance and Accounting Department which include consolidating or dissolving Office #38–with some of Office #38’s functions migrating over to State Affairs Commission.  The WPK Finance and Accounting Department itself remains intact, with Kim Yong Su (Kim Yo’ng-su) appointed as its director during the 7th Party Congress.