DPRK state media reported on October 2, 2016 (Sunday) that State Affairs Commission Vice Chairman and DPRK Premier, Pak Pong Ju, toured Hu’ngnam Port. He learned “about the departure of freight ships and the loading of cement and encouraged the workers and Hamhung citizens, who turned out to quickly send more cement to the flood-hit area.” A consultative meeting was held where they discussed “organizing equipment and technical management to keep harbor cranes in full-capacity operation, and ensuring rail freight transport for boosting the transport of materials to the flood-hit area by freight ships.” He also toured the February 8 Vinalon Complex, the Hu’ngnam Fertilizer Complez, the Ryongsong Machine Complex and the Hu’ngnam Terminal Factory “to take measures to put production of vinalon on a normal footing, to provide…enough materials for repairing facilities.” 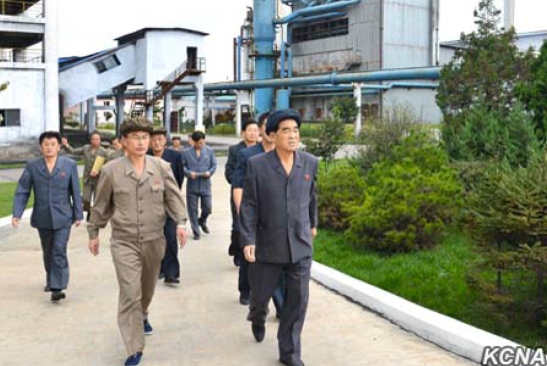