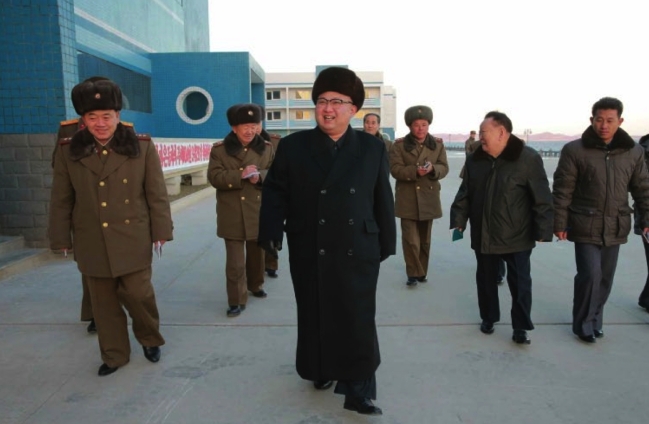 Kim Jong Un tours the Ku’msanp’o Fishery Station in South Hwanghae Province in a photo which appeared top-center on the front page of the January 15, 2016 edition of the WPK daily newspaper Rodong Sinmun (Photo: Rodong Sinmun/KCNA). 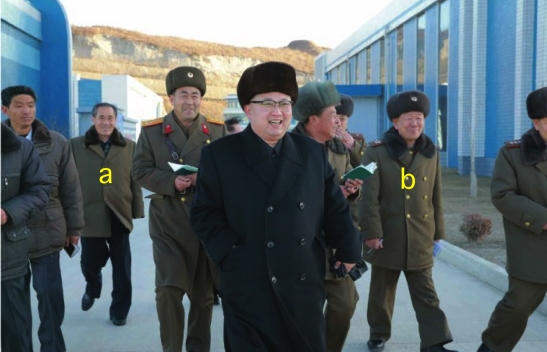 Jong Un’s first stop was to the pickling factory. He toured the wharf, a breakwater structure, production and storage facilities.  He remarked that the factory “located in a good place from a maritime and ecological point of view and free from pollution looks spectacular when watching it from close range and far away…another wonderful scenery appeared in the Ku’msanp’o area as it is in perfect harmony with the picturesque Nu’nggu’m Islet.”  Jong Un issued an instruction to “serve as guidelines for managing and operating the factory.”  He moved on to the fishery station. 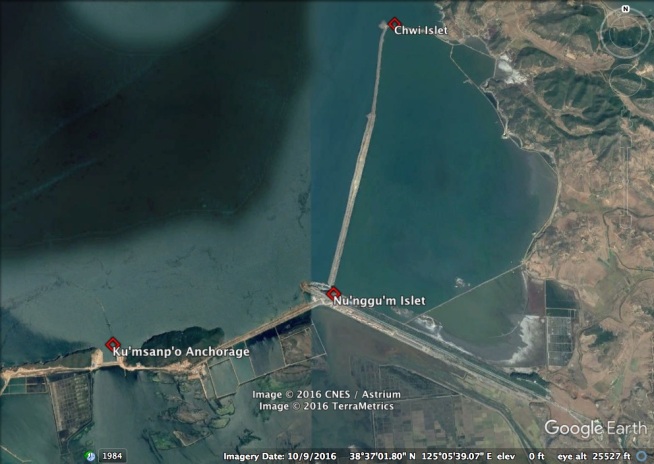 Kim Jong Un visited the fishery’s revolutionary history room and the fishermen’s quarters and was briefed about construction and their formal opening.  Whilst looking at the wind and solar power facilities, he was “pleased that the officials, scientists and technicians of the relevant field built the power station with a capacity of hundreds of kilowatts which matches well the scenery around it, thus making it possible to satisfactorily meet the demands of the factory and the fishery station for electricity.”  Jong Un thanked the KPA construction personnel in his capacity as KPA Supreme Commander “for successfully building the factory and the fishery station to which the Party attaches great importance as the icons in the era of the Workers’ Party and thereby doing another good job for the people.”

Kim Jong Un expressed “the expectation and belief that the officials and employees of the relevant field, the factory and the fishery station would creditably perform their duty and thus make a positive contribution to improving the people’s diet.”