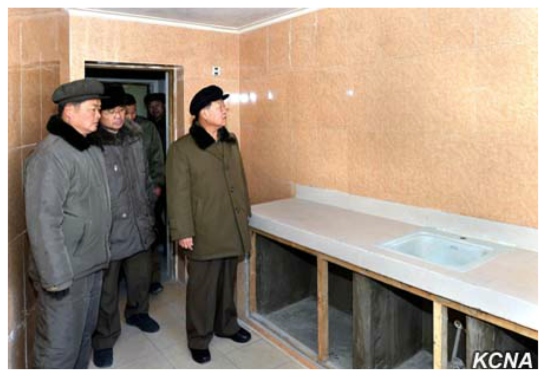 Whilst touring different areas of the construction site, Choe “referred to the significance of the construction of Ryomyong Stree and took measures for rapidly winding up the projects at the highest level.”  He “underscored the need for officers to meticulously provide supply service to the members of the shock brigade and take care of their living as their real parents would do.”