Kim Jong Un is briefed about artillery tactics and ROK troop movements in a photo which appeared top-center on the front page of the May 5, 2017 edition of the WPK daily organ Rodong Sinmun

Attending KJU’s field inspection of the KPA’s southwestern command zone was O Il Jong (tagged). O served as the WPK Military Affairs Department Director from 2010 to 2015. His last observed appearance was in October 2015 after which he was subjected to re-education (Photo: KCNA/Rodong Sinmun). 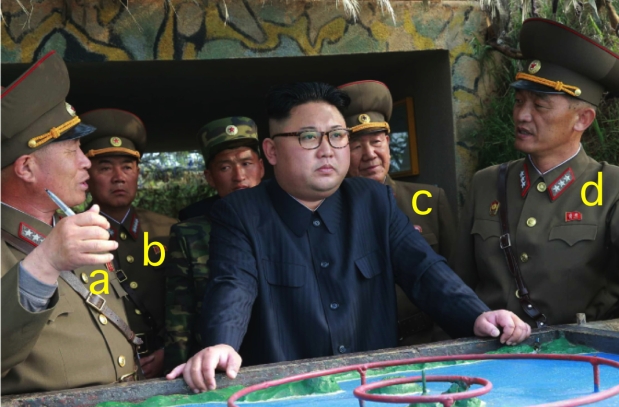 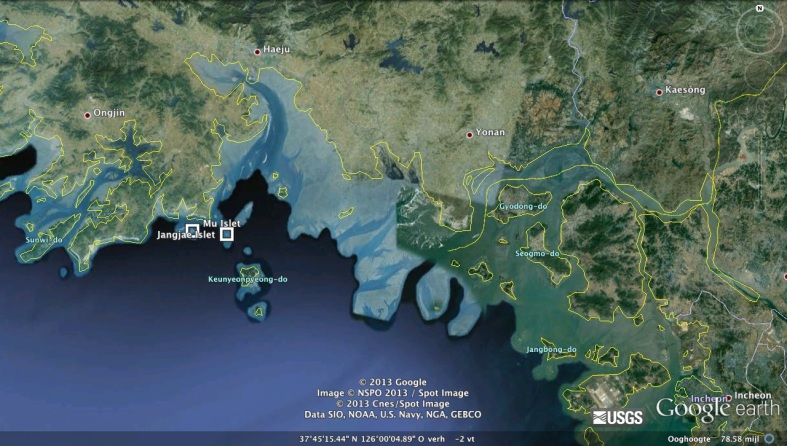 Overview from the south of the area in the West Sea between the DPRK and South Korea (Photo: Google image)

Jong Un’s first stop was to Changjae Islet where he looked at Yo’np’yo’ng Island in the ROK.  Colonel-General Pak Jong Chon briefed Km Jong Un on the “recent movements” of ROK forces (“of the enemy of the Command for the Defense of Northwestern Islands of the south Korean puppet army”) and Jong Un “acquainted and examined the plan for fire strike of the newly organized forces at the objects of the enemy.”  He said that the KPA’s artillery forces stationed on Changjae Islet”should keep highly alert to break the backbone of the enemy once ordered.”  Jong Un toured and inspected the artillery positions and pieces.  He then toured a desalination facility, the barracks, mess, vegetable garden and livestock stables.  After his visit, he posed for a commemorative photo with KPA service members and their families stationed on Changjae Islet.

Jong Un moved on to Mu Islet.  He inspected the observation post, artillery storage and artillery pieces and was briefed about its combat posture.  He remarked that the “Hero Defense Detachment on Mu Islet smashed the reckless and provocative shelling by the south Korean puppet warmongers with the merciless shower of shells to turn Yo’np’yo’ng Island into a sea of fire, thus showing the spirit of the artillery of the KPA before the enemy.  The Yo’np’yo’ng Island shelling was the most delightful battle after the ceasefire and the feat of the service members of the Defense Detachment on Mu Islet is the brilliant military service to hand down through the generations along with the history of the Workers’ Party of Korea.  Recruits should steadfastly carry on the baton of the praiseworthy feats and demonstrate the mettle of the hero defense detachment in the future battle once again.” 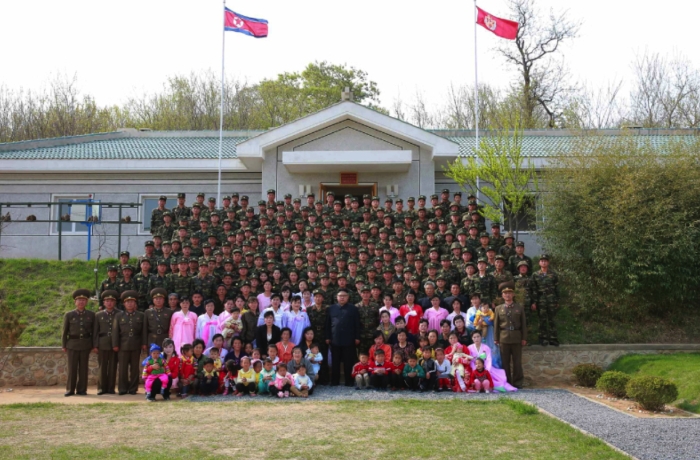 Jong Un was reminded of the Mu Islet defense detachment’s performance in the KPA’s artillery competition and he “encouraged the service members of the gun to take the lead in the whole army” and posed for a commemorative photo with the KPA service members in front of the artillery gun.  He toured the Mu Islet desalination facility and ensured its operability by drinking some of the water.  He toured the barracks, classroom, bathing area and “took warm care of the service members.”  He ended his field inspection by posing for a commemorative photograph with the KPA service members and their families stationed on Mu Islet.  Jong Un was “greatly satisfied with the combat readiness and the soldiers’ living of the two defense detachment” and his visit “confirmed that all the combat positions are fully ready for combat and to go into action.”  He was also “most pleased to see that the issue of drinking water for the soldiers” on Changjae and Mu Islets “had been completely solved.”  He said that the “duty of the two defense detachments is very important” and he issued instructions for “rounding off combat readiness.”