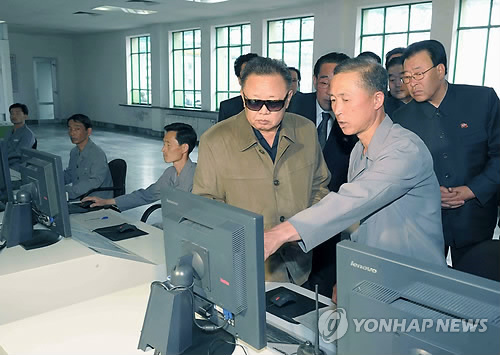 Hong In Bom is Chairman of the Workers’ Party of Korea [WPK] Control Commission.  He is also a member of the WPK Central Committee and deputy to the Supreme People’s Assembly.

Hong has spent much of his career as a party official and political manager.  He began his career during the mid-1960s with his first significant position as a reporter for the Korean Central News Agency.  By the late 1970s he migrated into the position of party guidance instructor.  He was elected an alternate (candidate) member of the WPK Central Committee at the 6th Party Congress in October 1980.

In the early 1980s, Hong served as a Chief WPK Secretary of the Anju Coal Mining Complex in South P’yo’ngan Province.  He was appointed a deputy director of the WPK Organization Guidance Department [OGD] in 1992 with his appointment publicized in early 1993.

At OGD Hong became a political enforcer, tasked with audits and investigations of industrial production units and provincial party organizations.  During the mid to late 2000s Hong was leading work through the provincial and local party system of groups “to eradicate irregularities.” His working groups and task forces would eventually be taken over by the late DPRK elite Jang Song Taek.

Hong In Bom was elected a deputy to the Supreme People’s Assembly in March 2009.  In June 2010 Hong was appointed Chief Secretary (Chairman) of the South P’yo’ngan WPK Provincial Committee.  He was elected to a member (regular member) of the WPK Central Committee during the 3rd Party Conference on September 28, 2010.

At the sixth session of the 12th Supreme People’s Assembly in September 2012, Hong was elected to the SPA Presidium (standing committee).  He was elected to the 13th SPA in March 2014, but did not retain his position on the SPA Presidium.  He was removed from the position of Chief Secretary (Chairman) of South P’yo’ngan WPK Provincial Committee in April 2014 and migrated back to the central party.  During the 7th Party Congress in May 2016, Hong was elected to the 7th WPK Central Committee and elected head of the WPK Control Commission (also known as the Inspection Committee).