The Workers’ Party of Korea [WPK] Central Military Commission [CMC] (also known as the Central Military Committee) is responsible for the development and implementation of the WPK’s (the Party’s) military and defense policies.  In joint coordination with the State Affairs Commission, the CMC has command and control over the Korean People’s Army [KPA].

According to Section 27, Chapter 3 of the WPK Charter:

The party CMC shall organize and guide, at the party level, all work that arises in the military field between party congresses.

The party CMC shall discuss and decide measures for implementing the party’s military lines and policies and guide, at the party level, the overall national defense work, including the work to reinforce the revolutionary armed forces and develop the munitions industry.

The CMC’s primary function is to deliberate, debate and decide on defense and intelligence policy.  The CMC also authorizes the research, development and manufacturing of weapons systems and equipment and defense acquisitions.  For these functions, the CMC links to the WPK Munitions Industry Department [MID] (formerly known as the WPK Machine-Building Industry Department) and has some administrative oversight of the MID.  Through the WPK Military Affairs Department, the CMC also coordinates the work of military committees which are subordinate to provincial, county and city WPK committees and links.  The CMC also approves the annual training plans and activities of the DPRK’s reserve military training units, which are coordinated by the Ministry of the People’s Armed Forces, the Ministry of People’s Security and the WPK Civil Defense Department.

The CMC is elected by the WPK Central Committee at one of its plenary meetings (plenum). Between WPK Central Committee plenary meetings, the CMC manages its own personnel affairs and elects or dismisses new members accordingly.  It is led by a Chairman, who is concurrently the head of the WPK (as Chairman or, before that, General-Secretary).  During years in which a transition was unfolding or a hereditary successor had been put forward, the CMC had a specially created position of Vice Chairman.  That position was eliminated during the 7th Party Congress in May 2016. 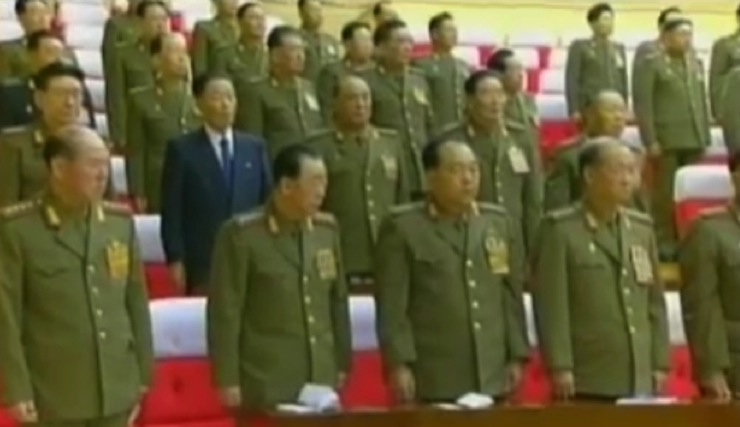 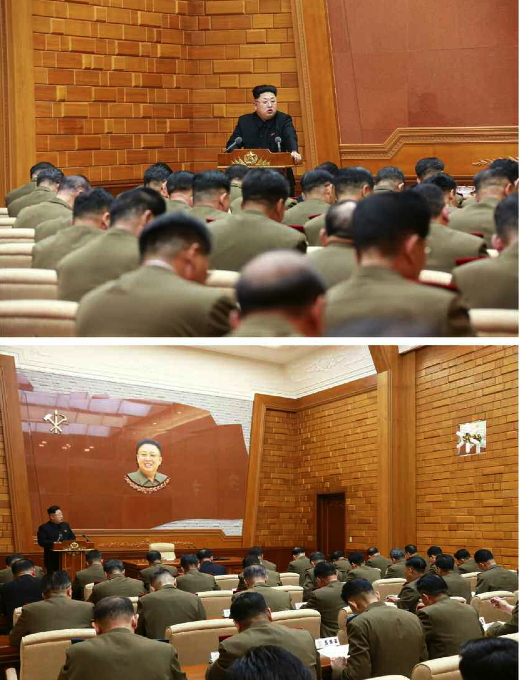 Kim Jong Un delivers a speech to an expanded meeting of the Party Central Military Commission in 2015 (Photo: Rodong Sinmun).

The CMC was first established in June 1950, by the Supreme People’s Assembly to establish government control over the military.  Its technical mission was to ensure compliance with the instructions of the Supreme Commander.  The CMC was disbanded after the Korean (Fatherland Liberation) War.  It was revived in the 1960s between the 4th Party Congress and 2nd Party Conference.  It established Kim Il Sung’s (Kim Il-so’ng) 4 Military Lines and gained political control over the KPA.

Until the early 1990s the CMC was responsible for command and control of the KPA.  During the 1990s the CMC shared joint C2 over he DPRK’s armed forces with the National Defense Commission [NDC].  This switched in 2016 with the establishment of the State Affairs Commission.

At the 3rd Party Conference and September 2010 WPK Central Committee plenary meeting, the membership numbers on the CMC were expanded by one.  The position of Vice Chairman was restored and split between VMar Ri Yong Ho, chief of the KPA General Staff, and Kim Jong Un.  After the 4th Party Conference on April 11, 2012, Kim Jong Un was promoted to CMC Chairman, filling the vacancy left by Kim Jong Il’s death.  KWP Secretary Choe Ryong Hae was elected CMC Vice Chairman, joining VMar Ri and replacing Kim Jong Un.  In the days prior to the 4th Party Conference, Choe had also been appointed director of the KPA General Political Department.  VMar Ri was removed from office in July 2012, and Choe was removed as head of the KPA General Political Department and CMC Vice Chairman in 2014.  His position as CMC Vice Chairman was assumed to have been filled by his successor VMar Hwang Pyong So.

From September 2010 to May 2016, the CMC’s membership composition was fixed, like that of the WPK Political Bureau and at various times had between 18 to 22 members  Membership slots were apportioned based on the senior position a member held in the DPRK national security community.  As such, from 2010 to 2016, the CMC consisted of the Ministers of the People’s Armed Forces, State Security and People’s Security, the Chief and 1st Chief of the KPA General Staff senior intelligence managers, senior WPK Munitions Industry Department and logistics personnel, WPK Central Committee cadres who mange internal security and administrative affairs, the commanding officers of the KPA Navy and KPA Air and Anti-Air Forces and the heads of the KPA Special Operations Forces, the Guard Command and Military Security Command.

After the 7th Party Congress in May 2016, the CMC’s membership was restricted to 12 members and the position of Vice Chairman was eliminated.  The CMC now contains only senior, first-tier officials drawn from the WPK, the KPA, the Ministries of State Security and People’s Security and the DPRK Government.  In June 2016 during the fourth session of the 13th Supreme People’s Assembly, the National Defense Commission [NDC] was replaced with the State Affairs Commission.  As a result of these changes, the CMC membership now resembles the former NDC.