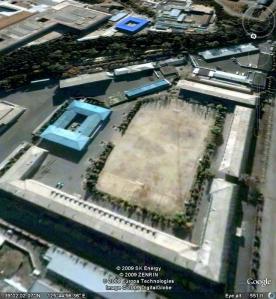 Kim Jong Il promoted the chief of the Guard Command, in honor of the 78th anniversary of the KPA.  KCNA reports that KJI “issued order 0046” which promoted Yun Jong Rin to General.

The Supreme Commander said in his order that he ordered to promote the military ranks of Yun Jong Rin to general and that of Kim Song Dok to col. general on the occasion of the significant army day, expressing the firm belief that the commanding officers of the unit would as ever firmly defend the revolutionary cause of Juche with arms and creditably discharge the honorable mission and duty as a main force of the revolution in the building of a thriving socialist nation, true to the leadership of the party.

General Yun is believed to be commanding director of the Guard Command, a “rising star” appointed around 2003-04 to replace MAR Ri Ul Sol.  The Guard Command is responsible for the personal security of Kim Jong Il, the Kim Family and the top leadership.  In coordination with the Pyongyang Defense Command and III Army Corps, the Guard Command also protects Pyongyang.

This is yet another military promotion for a commander in the internal security apparatus.  Like his predecessors, General Yun has direct access to KJI and certainly receives the attentions and affections of the Supreme Commander.  Previous managers of the Guard Command under KJI include the aforementioned MAR Ri (who looked after KJI and Kim Kyong Hui as children) and the late VMAR Jang Song U (eldest brother of Jang Song Taek).