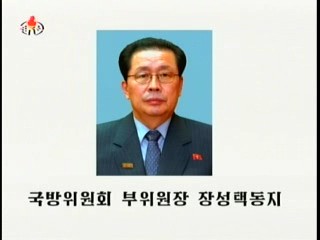 “Her husband was a tall, slender, handsome man…as soon as they arrived, Kim Jong-il introduced us. ‘This is my younger sister, Kim Kyong-hui.  This is Madame Choi.  Say hello.’  Kyong-hui introduced herself first, then her husband said, smiling, ‘How do you do? I’m Chang Song-taek.”–Choi Eun-hee

“…he was clever and opportunistic in his own self-interest.”– Hwang Jang Yop on when he met Jang at KISU

The election of Jang Song Taek as NDC Vice Chairman on 7 June 2010 reaffirmed his status as one of the regime’s most important personalities.  For the time being Jang remains as one of KJI’s primary political managers;  if you’re wearing your Sheena Chesnut hat, Jang Song Taek is KJI’s underboss.

Mr. Jang’s four-decade career, charismatic personality and his personal ties across Party, government and the military make him the ideal manager of a hereditary succession campaign.  He is also the regime’s most viable option, should the accession of Kim Jong Un become unpalatable. 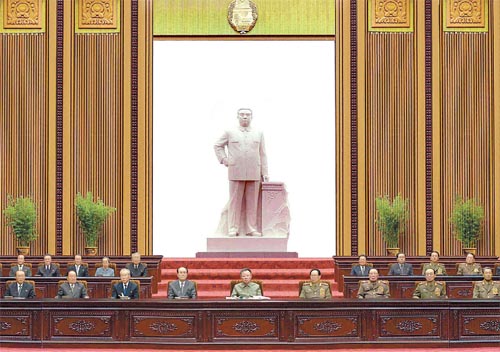 Jang Song Taek is 3rd R, 2nd Row at the third session of the 12th SPA