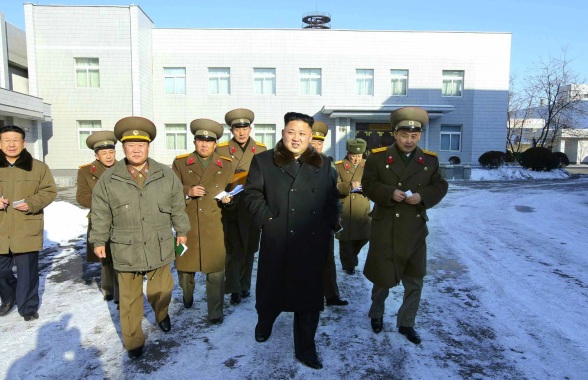 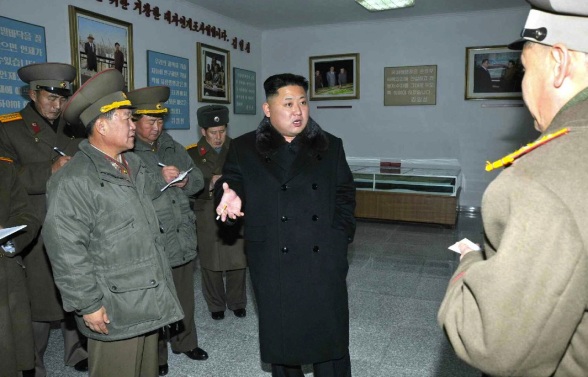 Kim Jong Un toured an exhibition of historical artifacts and “recollected with deep emotion the proud road covered by the institute.”  He said that “looking at the diary of the leadership provided by President Kim Il Sung (Kim Il-so’ng) and leader Kim Jong Il (Kim Cho’ng-il) to the designing institute alone, one can know well about the construction history of our country” and  “that their immortal exploits performed in leading construction would shine long as an eternal treasure for building a rich and powerful country.”  Kim Jong Un also “underlined the need for the institute to arrange well the room for the education in the revolutionary history and help its officials, designers and architects deeply grasp the leadership feats ofKim Il Sung and Kim Jong Il.”  He also toured design rooms and “indicated tasks to be fulfilled by the institute.”  According to KCNA, Kim Jong Un said that “it is the firm determination of the party to create a new history of construction in Military-First (So’ngun) Korea” and that “in order to successfully carry out any task assigned by the party, it is important for the designing personnel to aim high and have ambitious pluck to make architectural designs to be impeccable even in the distant future.”  He also “stressed that in order to decisively raise the level of scientization in designing as required by the new century it is necessary to put designing methods on a scientific basis and modernize designing means” and underlined “the need to spruce up the interior and exterior of the institute as befitting an organ producing designs for a highly civilized nation, he took measures for doing so.”

This entry was posted on 12/14/2013 by nkleadershipwatch in Uncategorized.