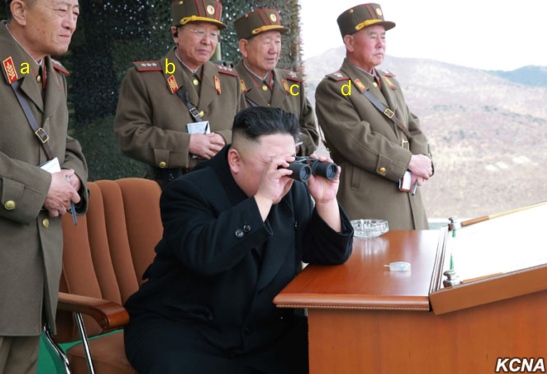 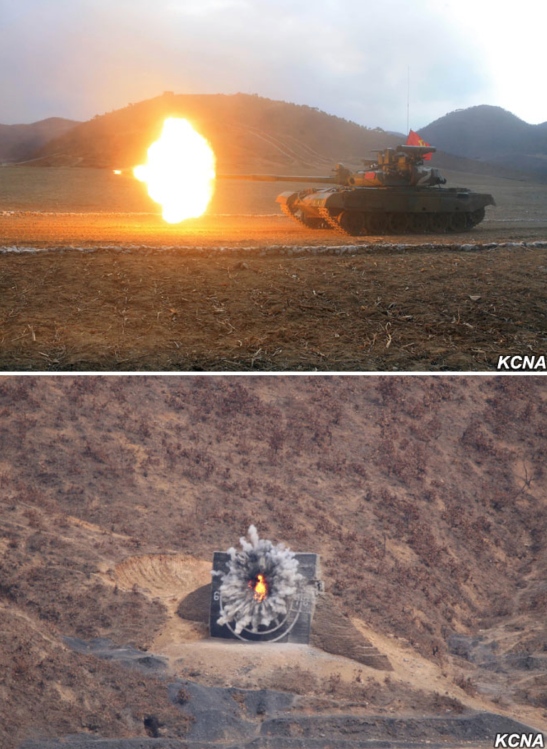 After arriving at an observation post, Kim Jong Un was briefed about the competition’s plans and ordered it to begin.  According to state media reporting the contest was organized “in such a way that tanks start in the order set by lot and their crews fire at moving and fixed targets while overcoming eight obstacles lying in the 3.6 km [2.2 miles] course and the standing is decided by points gained in driving and target hitting.”

Views of the KPA 2017 Tank Competition and Kim Jong Un watching it with members of the KPA high command (Photos: Rodong Sinmun/KCNA).

Whilst watching the tank competition, Jong Un remarked the “performance of tanks was excellent.  It was marvelous to see the tanks crossing even a steep hill at the maximum speed.  These tanks represent a symbol of the KPA and they are like iron fists.”  The 105th Tank Division won the competition.  Kim Jong Un said that the “competition clearly showed that the KPA tank crews are fully prepared to be stalwart fighters capable of independently and skillfully carrying out any combat tasks in the operational areas for liberating the southern part of the country.”

Views of the KPA 2017 Tank Competition along with Kim Jong Un watching the contest and interacting with its participants (Photos: KCNA/Rodong Sinmun).

Jong Un issued instructions to the tank crews “to round off their combat preparations” and he met and talked with the tank crews who participated in the competition.  Prior to a commemorative photo-op, Jong Un appreciated “the winner of the competition as the example for the whole army in the first round of the combat and political drills in the new year” and expressed his “belief that all the tank crews would rush, sweeping away everything in their way and destroy the enemy positions with their tanks once a war breaks out.”