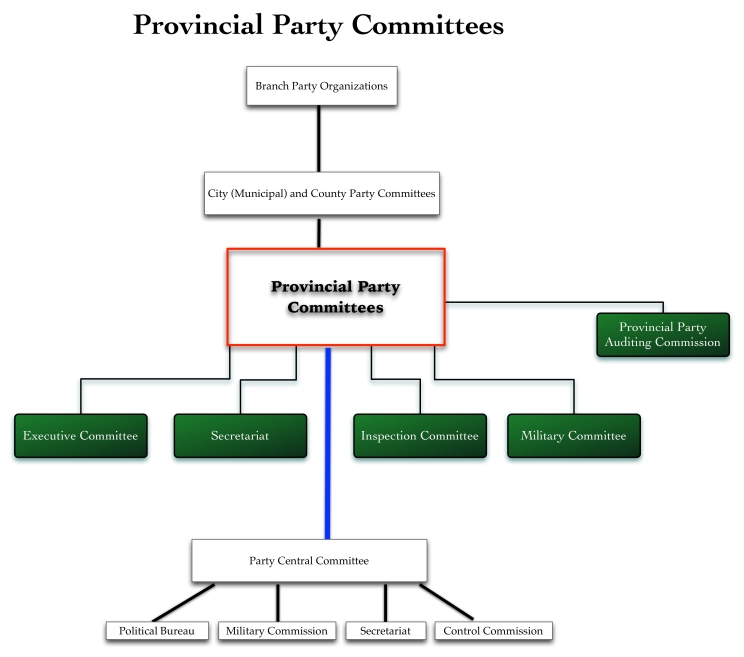 The functions of a provincial party committee are to:

The Secretariat consists of a Chief Secretary and deputy (vice) secretaries and is tasked with deliberating and acting on all internal party affairs including personnel matters.  The Military Committee deliberates and implements the party’s military policies.  The Inspection Committee deals with discipline of party members, including violations of the party’s bylaws, disciplinary decisions of city (municipal) and county party committees, and reviews and decides on petitions and appeals of the discipline of party members.