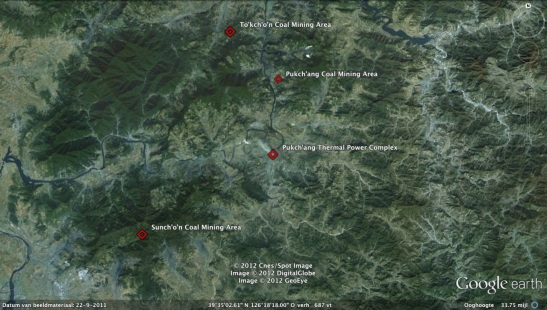 A view of the area in South P’yo’ngan Province which Choe Yong Rim and a group of central government and party officials visited (Photo: Google image)

DPRK state media reported on 7 December (Friday) that DPRK Cabinet Premier Choe Yong Rim visited the Pukch’ang Thermal Power Complex and three coal mining complexes in South P’yo’ngan Province.  Choe Yong Rim last visited the Pukch’ang power complex in Feburary 2012 and he last visited a mine of the To’kch’o’n Area Coal Mining Complex in January 2012.    Choe’s first visit was to the Pukch’ang Thermal Power Complex where he went “round the complex alive with the high-pitched drive for carrying out the important tasks set out in the joint editorial for this year” and “he learnt in detail about the power production there.”  After his tour of the complex, according to KCNA, he convened a “consultative meeting” with managers, employees and officials which “took measures for organizing well the management of facilities and application of technology, keeping generating equipment in full-capacity operation to radically increase power production, reducing the turnaround time of freight cars and sending produced coal to the complex in time in the railway transport field.”  During the meeting Choe “underscored the need for officials of the complex to pay deep attention to improving the working and living conditions of workers together with the supply service work.” 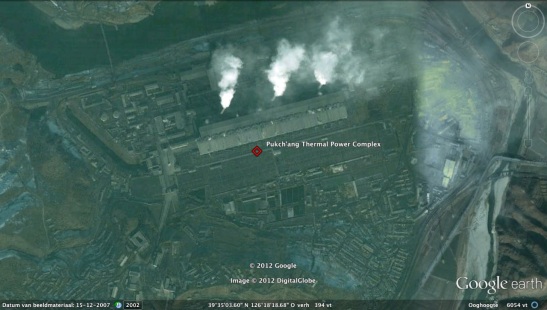 After his visit to Pukch’ang Power Complex, Choe visited the Pukch’ang Area Coal Mining Complex, the To’kch’o’n Area Coal Mining Complex and the Sunch’o’n Area Coal Mining Complex.  During his tour of the coal mines he “learned about the production and operation of mining equipment” and held a meeting with the coal mines’ officials and employees.  During the meeting, “measures were taken there to give definite precedence to the prospecting and tunneling at coal mines to meet the increasing demand for electricity and create more coal beds.”  According to KCNA, the meeting “underlined the need for relevant units to satisfactorily supply mining equipment and prop timbers.”