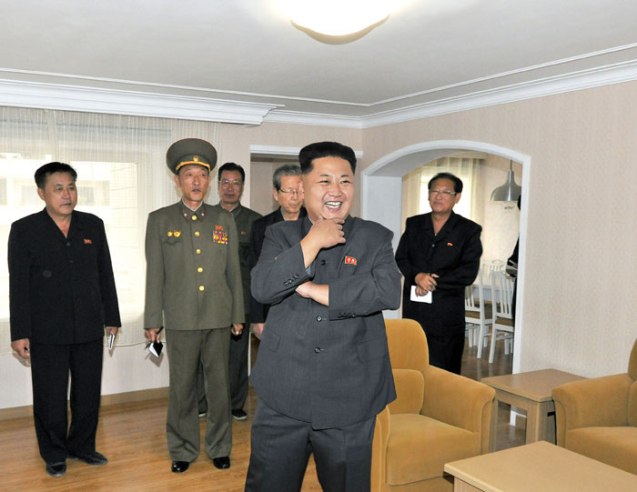 According to KCNA, Kim Jong Un toured the premises around the apartment towers and visited several of the units.  According to KCNA, he “was satisfied to see the exterior of the apartment houses peculiarly decorated with color tiles and hard glass” and said the apartments were ” properly fitted with furniture according to the design he had already ratified, the floors are covered with quality material and the colors and patterns of the wallpapers gave the feeling of comfort.”  Kim Jong Un “promised to provide every household with a TV set and more sets of varieties of tableware as he had said” and “told officials to fix a bookshelf to the wall of the study in front the table so that teachers and researchers may study and prepare their teaching plans in their houses without any inconvenience and a round mirror to the wall of the corridor to their convenience.”  He toured a common area and said it “has been successfully built so that teachers and researchers may have stroll, reading and amusement games and their children may play to their satisfaction.”  During a stop at one the apartment towers’ verandas he “was pleased that the apartment houses are located in a good place and their appearance made the Ryonghung Crossroads look nicer.”  According to KCNA he said that “there is nothing to spare for teachers and researchers of the university who train scientific talents who will be responsible for the future of the country in the age of knowledge-based economy, age of campaign of brains”  and “expressed expectation and conviction that educators of Kim Il Sung University would achieve bigger successes in the education of younger generation and training of talents true to the party’s intention.” 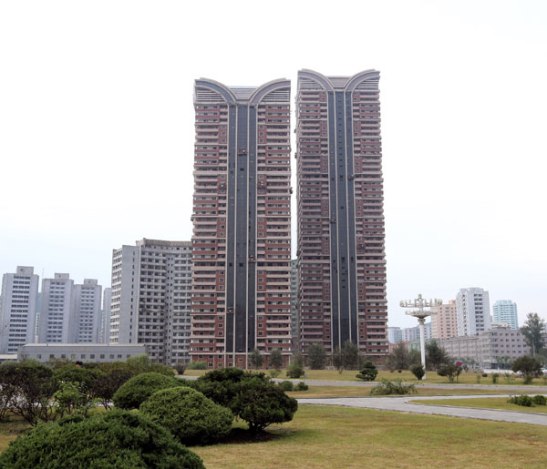 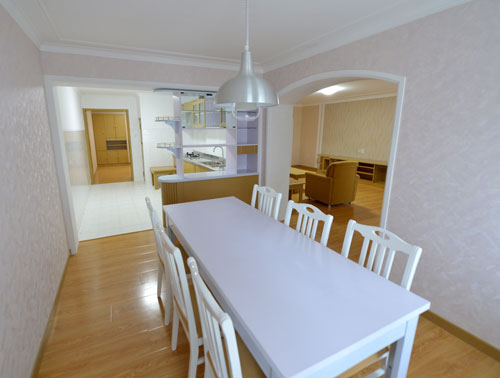 View of a dining room in an apartment unit for KISU faculty members (Photo: Rodong Sinmun). 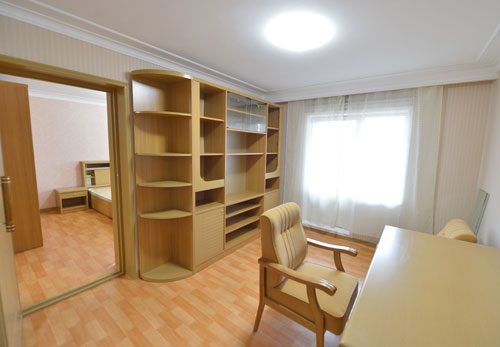 View of a study in an appartement unit for faculty members of Kim Il Sung University (Photo: Rodong Sinmun). 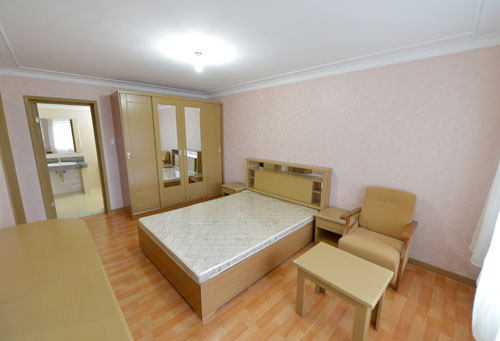 View of a bedroom in an apartment unit for KISU faculty members (Photo: Rodong Sinmun). 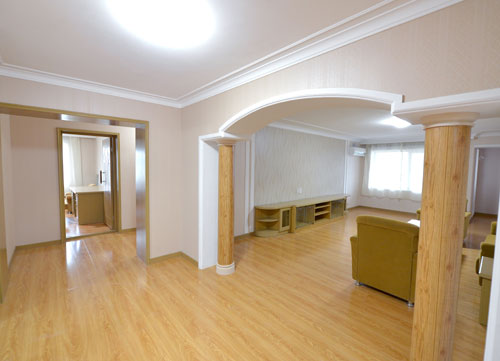