CPRK Issues Statement on the Closure of Kaeso’ng Industrial Zone 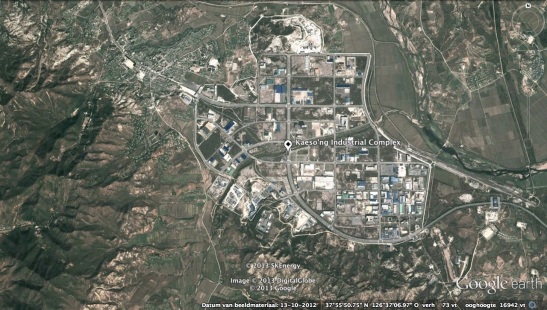 The Committee for the Peaceful Reunification of Korea (also known as the Committee for the Peaceful Reunification of the Fatherland) issued a statement on the closure of the Kaeso’ng Industrial Zone (complex) on February 11 (Thursday).  This is the first observed activity by one of the DPRK’s major inter-Korean organizations since the appointment of Kim Yong Chol as the Workers’ Party of Korea [WPK] Secretary and Director of the United Front Department.

According to KCNA the CPRK said:

The Kaeso’ng Industrial Zone [KIZ] has been put in the state of total closure under the “regime” of Park Geun Hye, a traitor for all ages, though it operated for the common prosperity for more than a decade amid the concern and expectation of all compatriots since the adoption of the June 15 Joint Declaration.

The recent provocative measure is a declaration of an end to the last lifeline of the north-south relations, total denial of the June 15 North-South Joint Declaration and a dangerous declaration of a war driving the situation in the Korean Peninsula to the brink of a war.

Since the outset of its office, the Park’s group has desperately worked to close the KIZ, describing it as a “financial source” for the north. This time it finally took the action of totally suspending its operation after unreasonably raising matters having nothing to do with the north-south relations.

Such act is a product of Park Geun Hye’s inveterate sycophancy and abnormal confrontational hysteria kicked off by her at the prodding of the U.S.

As the south Korean people are condemning the above-said action with indignation, the total suspension of the operation in the KIZ is little short of an act of dropping an axe on one’s own foot. Hit hard by this action are entrepreneurs and people of south Korea and it is the Park Geun Hye group of traitors who should pay a dear price for it.

Unpardonable is the puppet group’s act of totally suspending the operation in the KIZ, finding fault with the DPRK’s H-bomb test and launch of a satellite, a just measure for self-defense and an exercise of its legitimate right.

The CPRK solemnly clarifies internally and externally the following crucial measures in view of the prevailing situation:

Firstly, the DPRK will totally block the Military Demarcation Line near the KIZ from 10 am, Feb. 11, 2016, cut off the roads along the west coast in the areas under the control of the north and the south and close the KIZ and declare it as the area under the military control.

Thirdly, it will completely freeze all assets including equipment, materials and products of the south Korean enterprises and relevant organs in the KIZ. The persons to be expelled are not allowed to take things out of the zone, except for their personal belongings, and the frozen equipment, materials and products will be put under the control of Kaeso’ng City People’s Committee.

Fourthly, the military communication and Panmunjom hotline will be cut off the moment the personnel of the south side are expelled.

The south Korean puppet group will experience what disastrous and painful consequences will be entailed by its action.