A view of members of the DPRK central leadership, KPA construction officers and public health officials attending a ceremony marking the completion and opening of the Mammary Gland Tumor Institute at Pyongyang Maternity Hospital on 8 October 2012 (Photo: KCNA/KCTV screengrab)

DPRK state media reported on 8 October (Monday) that a mammography research institute was formally opened at Pyongyang Maternity Hospital.  KCNA reported that “the institute is a modern medical service center for the prevention and treatment of mammary gland diseases and scientific researches.”  Attending a ceremony to mark the institutes completion were DPRK Premier Choe Yong Rim, Korean Workers’ Party [KWP] Secretary Choe Tae Bok and Chief Secretary of the Pyongyang City (municipal) KWP Committee Mun Kyong Dok along with “officials of ministries and national institutions, soldier-builders and officials and employees of the hospital.”  Minister of Public Health Choe Chang Sik delivered the ceremony’s keynote address.  According to KCNA Choe said the institute “was built on the initiative of Generalissimo Kim Jong Il and under the meticulous guidance of the dear respected Marshal Kim Jong Un.” 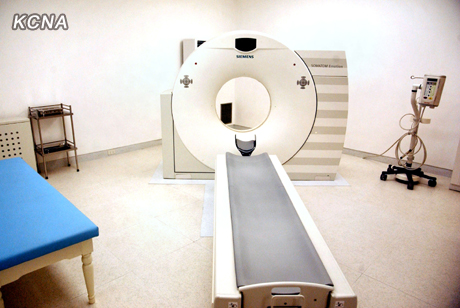 In his speech KCNA reported that Choe Chang Sik “called on the officials and employees of the hospital to put the treatment and prevention of mammary gland diseases and scientific research on a high level and take good care of medical equipment and apparatuses, bearing deep in mind the great care shown by Kim Jong Un who spares nothing for the health of the women in the DPRK.”

The Pyongyang Maternity Hospital was dedicated and opened in July 1980.  It has been cited in the official chronicles as one of Kim Jong Il’s accomplishments.  Construction was completed before the 6th Party Congress in October 1980 and used to underscore KJI’s formal designation as Kim Il Sung’s successor at the party congress.  KJI’s primary motivation to building the Pyongyang Maternity Hospital was personal because his mother Kim Jong Suk died from complications of an extrauterine pregnancy.  The construction and dedication of the hospital’s mammography research institute has a similar personal significance for Kim Jong Un whose mother Ko Yong Hui died breast cancer. 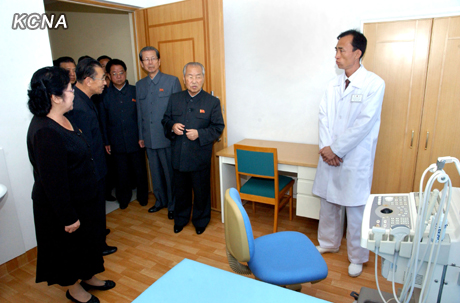 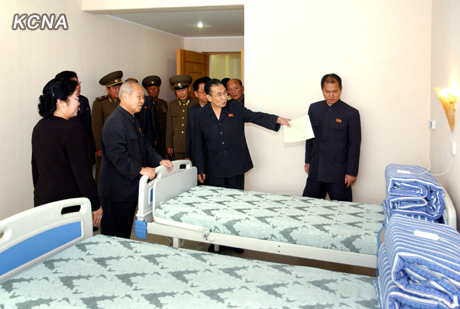 One comment on “DPRK Premier Opens Mammography Center in Pyongyang”