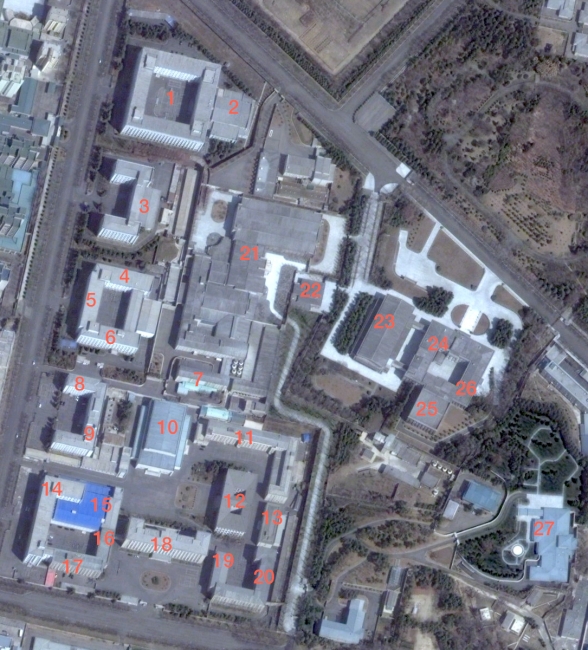 Radio Free Asia, citing two anonymous sources based in Chagang and Yanggang Provinces, reports that the Korean Workers’ Party [KWP] created a new department in June within the Central Committee to manage economic, financial and trace policies.  The so-called Department of Economy is part of the central party apparatus in Pyongyang and has branch departments within the KWP’s Provincial Committee system.  The department is rumored to be an eventual merger of several of the KWP Central Committee’s economy and planning related departments.  According to RFA the Department of Economy now has sole control over the appointment of economic and finance officials to the DPRK Cabinet and has the power to create, abolish or consolidate domestic and foreign trading corporations.  The new department also has a broad license in formulating and implementing economic policy.  Concentrating nearly all policy and personnel control into one central party department may reduce bureaucratic encroachment among party and government agencies, corruption (through the establishment of fraudulent trading companies and misappropriation of funds and resources) and prevent well-connected senior cadres using their personal relationships with the center to bypass formal control channels in establishing  trading companies.

One RFA source links the department to an economic restructuring policy announced internally in June 2012 (the so-called 28 June Policy) claims that “establishing the Department of Economy is related to the so-called ‘reformed economic management system’. . .it means the Party never wants to lose its control over the economy, even though the ‘reformed system’ takes place everywhere.”  The word “reform,” said with a positive connotation, is no longer the conversation-stopper among DPRK elites and policymakers that it used to be.  Kim Jong Un (Kim Cho’ng-u’n) used the word “reform” in a long public letter published in Rodong Sinmun on 1 May 2013.  The letter (which can be read in its entirety with a textual note at NCNK) was a message of thanks to DPRK citizens and security personnel who contributed to the renovation of the park and grounds around the Ku’msusan Memorial Palace of the Sun.  Kim Jong Un wrote that “the functionaries and the working people of the cabinet and its committees, ministries, central organs, the City of Pyongyang, and each of the provincial people’s committees should not only make great reform and a great leap in the whole range of the economy, including the four leading sectors, which are the locomotives of the people’s economy, and agriculture and light industry, which are the primary assault targets of the construction of an economically powerful state, but actively contribute to achieving a decisive turnabout in the improvement of the people’s living standards.”

The Finance and Accounting Department manages party finances and the party economy (sometimes called the Third Economy).  It includes Office #39 and Office #38 (poetically called “Kim Jong Il’s safe).  It is possible that the offices and sections that manage the Kim Family’s finances and household(s) purchases have been transferred into the DPRK National Defense Commission Secretariat, where Kim Jong Un established his executive office (his Personal Secretariat).  Other offices and sections managing non-Kim party finances and resources may become part of the Department of Economy.

The Machine-Building Industry Department [MBID] (formerly known as the Munitions Industry Department) manages the DPRK’s conventional and advanced weapons programs and machine-building and machine tools industries.  The Second Economy Commission (arms manufacturers and producers) and the Second Academy of Natural Science (arms science and technology R &D) are nominally part of the MBID.   The MBID might be exempt from merging into the Department of the Economy.  However, another possibility is that the MBID’s various offices, sections and agencies involved in conventional and advanced weapons may be formally transferred to the National Defense Commission (which some Pyongyang watchers have long suspected).  Offices and sections linked to the Ministry of Machine Building and the civilian economy might then be absorbed by the Department of the Economy. 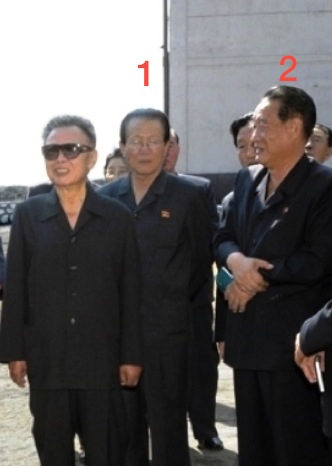 Hong Sok Hyong (1) served as Director of the KWP Finance and Planning Department from June 2010 to June 2011. Pak Nam Gi (2) oversaw the establishment of the KWP Finance and Planning Department and served as its director from 2005 to 2010. They are seen attending a guidance tour with late DPRK leader Kim Jong Il in North Hamgyo’ng Province in the summer of 2009 (Photo: NK Leadership Watch/KCNA file photo).

Given the violent end one director met and the quick turnover between the two succeeding directors, the Finance and Planning Department may be a fundamentally flawed institution.   It might have proven ineffective in fulfilling its mission or was a buzzing hive of corruption.  Kwak Pom Gi appears to be in good standing in the leadership.  He was elected the Chairman of the Budget Committee of the DPRK’s unicameral legislature, the Supreme People’s Assembly in September 2012 and his last observed appearance was his attendance at Kim Jong Un’s visit to the renovation of the Victorious Fatherland Liberation War (Korean War) Museum in July 2013.  It is possible that Kwak is a key player in the rumored establishment of the Department of Economy.

Another mover and shaker in the creation of the Department of Economy is most likely DPRK Premier Pak Pong Ju.  Reappointed Premier in April 2013, Pak has taken over a DPRK Cabinet with greater involvement in the country’s economy.  In a report on the DPRK Cabinet’s 2nd plenary meeting in July 2013 there was a call to “further enhancing the responsibility and role of the cabinet and the functionaries of economic guidance organs” and the Cabinet meeting “emphasized the need to resolve all issues that arise in the economic work by concentrating them on the cabinet according to the demands of the cabinet system, the system centered on the cabinet; the need to establish a strong discipline and order of unconditionally executing the cabinet’s decisions and instructions; and the need for economic guidance functionaries to make sure that leaps and innovations take place in every sentry post, while taking the lead in guiding the work of their respective sectors and units.”  This may indicate that the Department of Economy will provide the political backing for the Cabinet’s role in economic affairs.  With Pak Pong Ju as the country’s premier, the new party department and the DPRK Government may work shoulder to shoulder.  Pak Pong Ju, it should be noted, was Kim Kyong Hui’s principal deputy in the Economic Policy Inspection Department from 1993 to 1997 during a previous consolidation of three Party Central Committee economic departments.